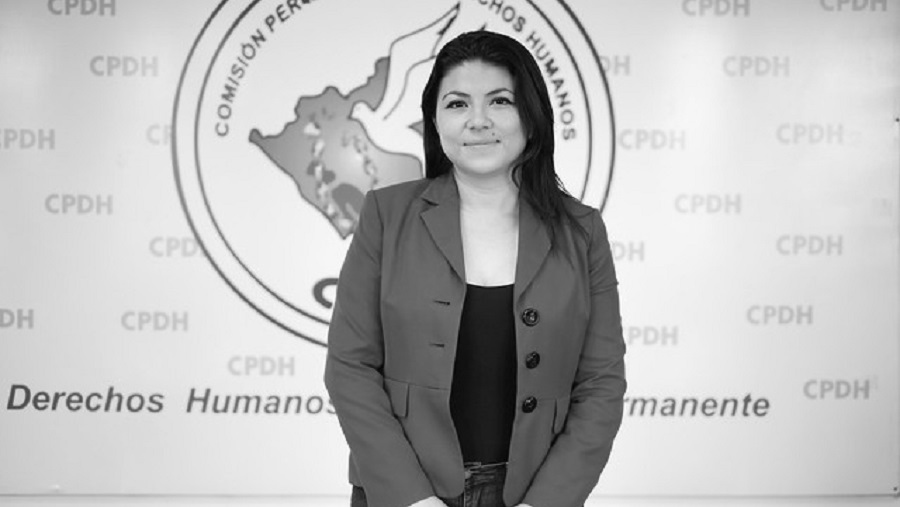 THE FACTS – On Thursday, September 19, the attorney and human rights defender María Oviedo received a court ruling informing her of the suspension of her profession as an attorney for a six-month period.

This ruling is part of a criminalization process that the defender has faced since last July 26, when she was arbitrarily arrested after defending herself from a policeman who attacked her while she was accompanying a political prisoner in Masaya. On August 29, María Oviedo was found guilty of the obstruction of justice, and on September 2, she was sentenced to 30 days in prison, a sentence that was immediately suspended by the same judge who had dictated it.

The suspension of the legal profession of Maria Oviedo, who has been awarded precautionary measures by the IACHR, sets an extremely disturbing precedent regarding the criminalization strategies used against human rights defenders; it is clearly aimed at intimidating those who defend rights as part of their law practice. This ruling reveals, once again, the way in which the judiciary is in line with the government’s repressive policies.

We of IM-Defensoras condemn and demand the immediate revocation of this court ruling, which comes on top of others such as the cancellation of the legal status of outstanding human rights organizations, thereby leaving the people of Nicaragua increasingly defenseless and vulnerable to the human rights violations that form part of the serious political crisis experienced in the country since April of 2018.