[CALL TO ACTION] #DefendamosVallecito: Solidarity and engagement with the Garífuna community of Vallecito and OFRANEH 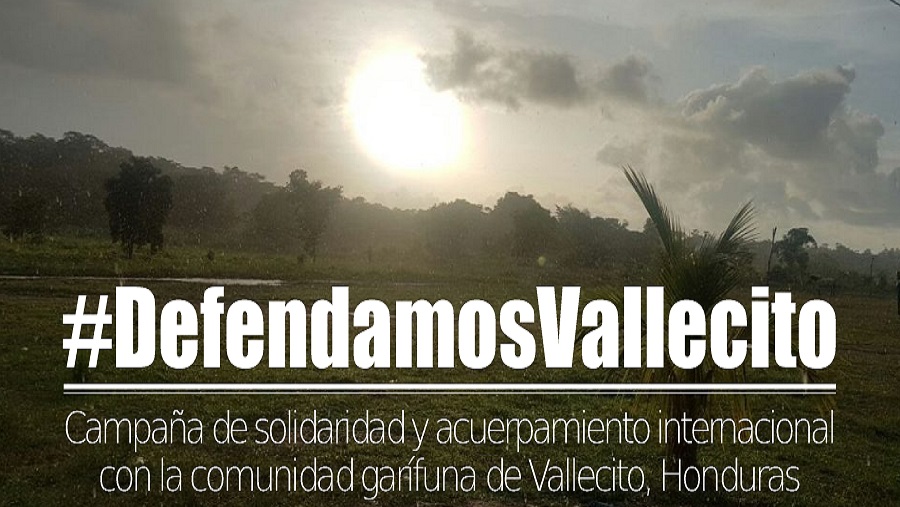 The people of the liberated community of Vallecito / Faya and the Honduran Black Fraternal Organization (OFRANEH) are suffering from an aggravation of the already delicate situation of violence that they have historically faced to build and defend a life and coexistence model different from the prevailing one.

Vallecito is a community located in the municipality of Limón, 75 kilometers from Trujillo, on the Atlantic coast of Honduras, where a hundred people belonging to the Garífuna people live in their ancestral lands, practicing a way of life based on respect to nature and its culture. From this vision, the community opposes the exploitation of tourism, the monoculture of African palm and drug trafficking; and through the recovery of the ancestral cultivation of coconut and other self-consumption products, it avoids the depredation of the territory and builds a decent life alternative for dozens of families and young people. For the defense of its territory, its way of life and its culture, the community is organized in the Honduran Black Fraternal Organization (OFRANEH).

The Garifuna Culture has been declared Intangible Cultural Heritage by the United Nations Educational, Scientific and Cultural Organization (UNESCO), and since 1997 has been entitled to property rights. Yet attempted land grabs have resulted in constant harassment, intimidation and threats against the people.

This situation of violence has intensified in recent months, in which both the community and OFRANEH have been subjected to multiple aggressions of different types that put the lives and integrity of their inhabitants and leaders at risk.

From OFRANEH the presence in the community and its surroundings of groups of heavily armed men has been denounced, which frighten the population and that since last July they have cut on several occasions the security wires that protect the limits of Vallecito and that On August 2, they even shot at community residents.

In addition, OFRANEH coordinator, Miriam Miranda, who has Precautionary Measures of protection granted by the Inter-American Commission on Human Rights (IACHR) has suffered various acts of intimidation and harassment, by public officials, during 2019 as arbitrary withholdings for part of military and police forces, criminalization and judicial harassment.

We make an international call for solidarity and engagement with the Garífuna community of Vallecito and OFRANEH to demand that all attacks and harassment cease, both by private actors and the State, and ensure that the community of Vallecito can continue building in peace and with full autonomy its dignified life project in the ancestral territories of the Garifuna people.