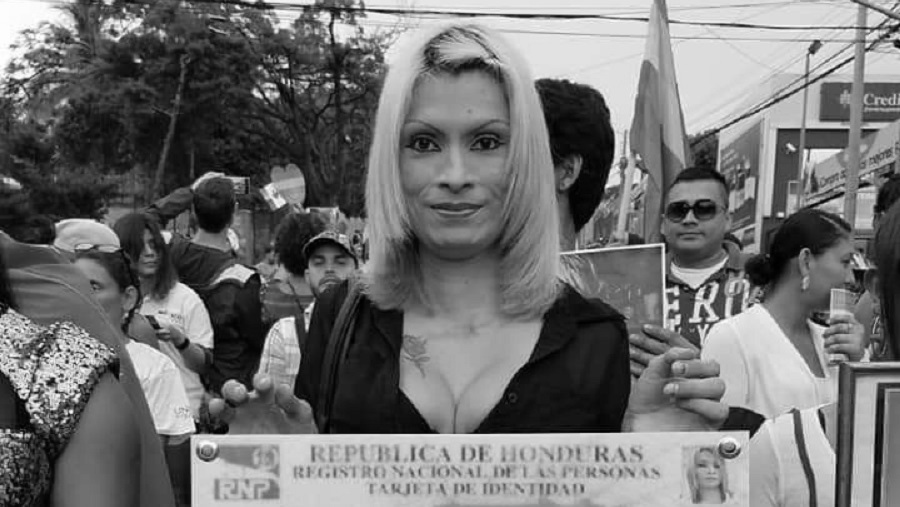 THE FACTS – In the early morning hours of Monday, June 7th, assailants killed trans activist Bessy Ferrera in Comayagüela and wounded another person who was with her. The alleged perpetrators of the crime fired repeatedly at Bessy and her companion before fleeing.

Bessy Ferrera was well-known in trans activist circles; a member of the Rainbow Association, several of whose members have been killed; and the sister of Rihanna Ferrera, Director of the Trans Human Rights Association in Cozumel.

Those who make up and defend the rights of the trans community in Honduras face extremely precarious, high-risk conditions related to the hegemony of the country’s hetero-patriarchal norms and the State’s failure to guarantee them protection and access to basic rights such as health, education and work.

Statistics reveal that since 2009, at least 313 members of the LGBTI population have been killed in Honduras; in 96% of these murders, impunity prevails.

We of IM-Defensoras and the National Network of Women Human Rights Defenders in Honduras stand in solidarity with the Rainbow Association and Bessy Ferrera’s family; we repudiate and condemn this hate crime and demand an efficient, expeditious investigation in which the victim is not re-victimized and her sexual orientation and identity are respected.