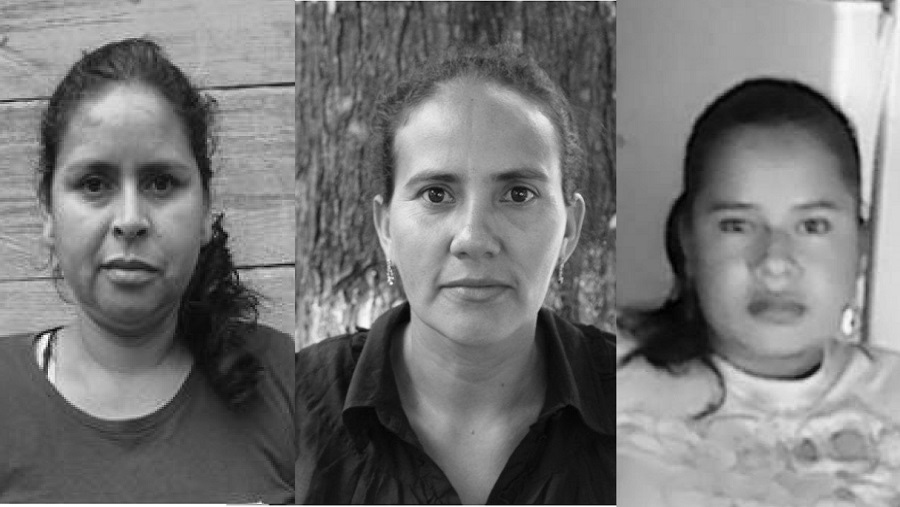 THE FACTS – The indigenous women defenders of the Tolupan people Ángela Murillo Bardales, Wendy Yadira Pineda López and Alizon Lourdes Pineda López, members of the San Francisco Locomapa tribe and the Broad Movement for Dignity and Justice, are being criminalized along with six male companions in reprisal for defending their territory.

As of May 17, 2019, they are being judicially prosecuted at the behest of the Public Prosecutor´s Office, accused of the alleged offense of “Obstructing a Forest Management Plan.” This plan has been utilized by the INMARE company to plunder the forests and natural resources of the Tolupan territory. The charges against the defenders are part of the criminalization of the Honorable Tolupan Camp in Defense of Forest and Territory, which was established on October 2, 2017, in an indigenous assembly where participants agreed to exert control over indigenous territory and prevent the clearcutting of wood without the required consultation.

We of IM-Defensoras and the National Network of Women Human Rights Defenders in Honduras hereby denounce the conduct of the Office of the Public Prosecutor of Honduras, which criminalizes the women defenders and their male companions, all the while refusing to comply with numerous requests to review the documentation of those who are removing wood from the territory of the indigenous tribe.