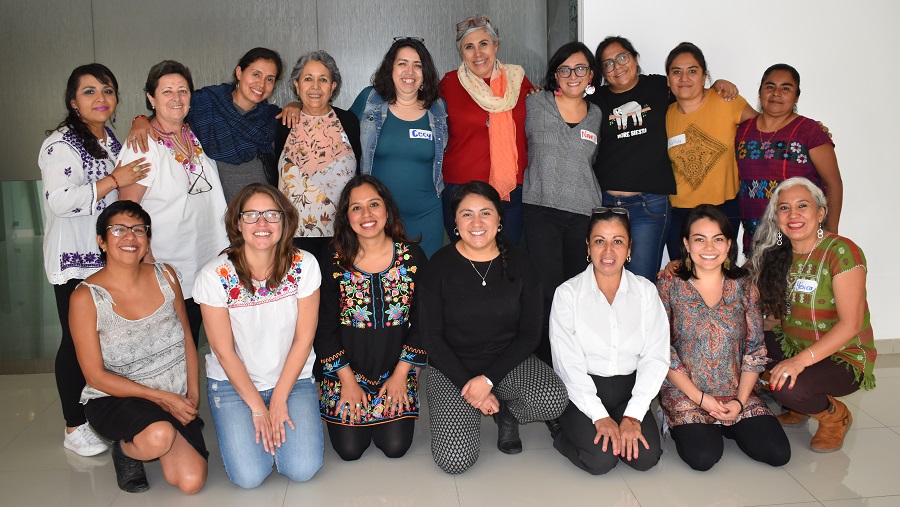 During the month of June, the National Network of Women Human Rights Defenders in Mexico (RNDDHM) held two meetings with its own members and allies working to fortify daily activities.

During the Seminar we recalled the experience of nine years of accompanying defenders at risk and/or in situations of exhaustion in Mexico, and analyzed the challenges we now face.

The participants who came together from 10 states in the country (Chihuahua, Sonora, Nuevo Leon, Veracruz, Guerrero, Oaxaca, Michoacán, Chiapas, Morelos and Mexico City) agreed upon the importance of consolidating our focus and our strategies of Comprehensive Feminist Protection.

Just 15 days beforehand, on June 6th and 7th, the Network held a meeting, also in Mexico City, with members who are beneficiaries of the Mechanism of Defender Protection of the Ministry of the Interior. We aimed to arrive at an initial diagnosis of the situation experienced by women defenders who have protective mechanisms granted by this Ministry. At the meeting, attended by 20 women defenders from seven states in the country (Chihuahua, Yucatan, Oaxaca, Veracruz, Guerrero, Sinaloa, and Mexico City), we verified that almost seven years after it was created, the Mechanism has failed to comply with its mission of protecting defenders and journalists in risk situations due to their defense work, their journalism, and their exercise of the right to freedom of expression.

The Mechanism continues to be indebted to women defenders and journalists because it has not made it a priority to incorporate a gender perspective in its model, which negatively impacts risk assessment and the protective measures granted.

Both meetings confirmed the importance of the civil project initiated by the Defender Network in 2010 because of the invisibility of attacks against women defenders and the absence of State policies to prevent and eradicate these forms of violence. The project continues to be relevant in view of the increase in attacks, the complexity of the current sociopolitical context, and the absence of an official policy that guarantees the full exercise of the right to defend rights.