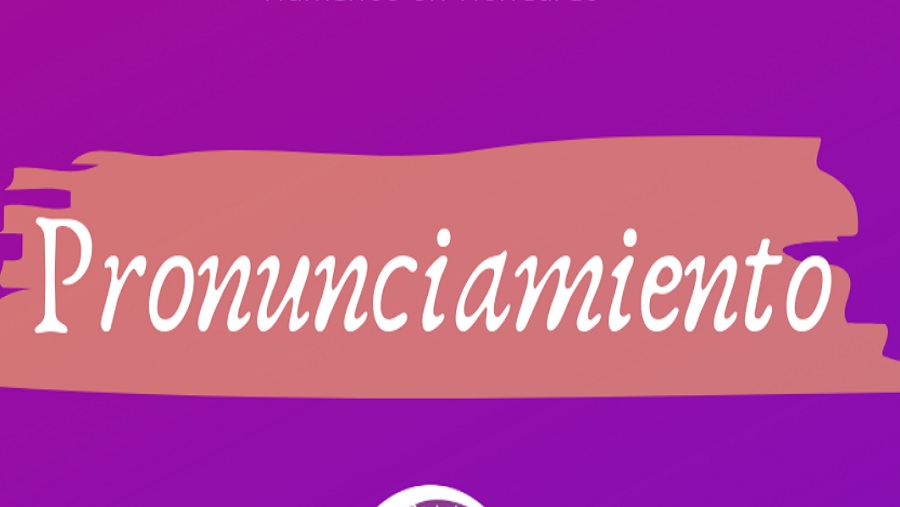 Tegucigalpa. M.D.C, May 15, 2019 – We of the National Network of Women Human Rights Defenders in Honduras wish to publicly announce our backing for Reina Rivera Joya, a defender of the human rights of women who has gained credibility and inspired the confidence of persons both nationally and internationally with her long history of work and her widely recognized honesty. She has always shown through the way she acts while accompanying the struggles for justice in this country that she is an upstanding person.

Reina Rivera Joya and the women that she is accompanying (in a political and legal process involving an accusation of sexual harassment against Wilfredo Méndez) have been attacked in the news media and social networks.

As has happened in other cases involving leaders of social movements for human rights, a wall of silence and complicity has been erected by the person denounced and other leaders. In a pact formed among them, they say that the accusations have no basis and only seek to damage the image of the person accused. At the same time, they create an atmosphere of suspicion against the women complainants and argue that they are accomplices of the regime or of the right wing when they accuse their aggressors.

For many years the National Network of Women Human Rights Defenders has backed women comrades who have been victims of men who call themselves progressive, yet these women have been attacked, threatened and abused… Their accusations have been handled within the parameters of the case in accordance with the wishes expressed by the comrades, taking into consideration their security conditions. This is so because it is clear that in Honduras, the lives of women are worth nothing; thus threats are made against the life, work and security of those who dare to name the perpetrators of these abuses, especially if the men denounced hold positions of power. In these times, strong backing and feminist solidarity are indispensable, and so we reiterate that we believe these women. We believe them in the same way that we have believed comrades in territories, in the student movement, in trade unions, and in human rights institutions who have shared their struggles for a decent life free of violence with the National Network of Women Human Rights Defenders in Honduras.

Keeping all this in mind, we are convinced that the persons who must prove their innocence are not the ones denouncing the abuses. We repudiate those who say they defend human rights, yet become aggressors, and those who cowardly remain silent, thereby endorsing the pact among those who watch each others’ backs. We regret that they cannot see that putting an end to relationships of oppression and violence is the only way to lend dignity to human life, which is definitely the highest goal of human rights.