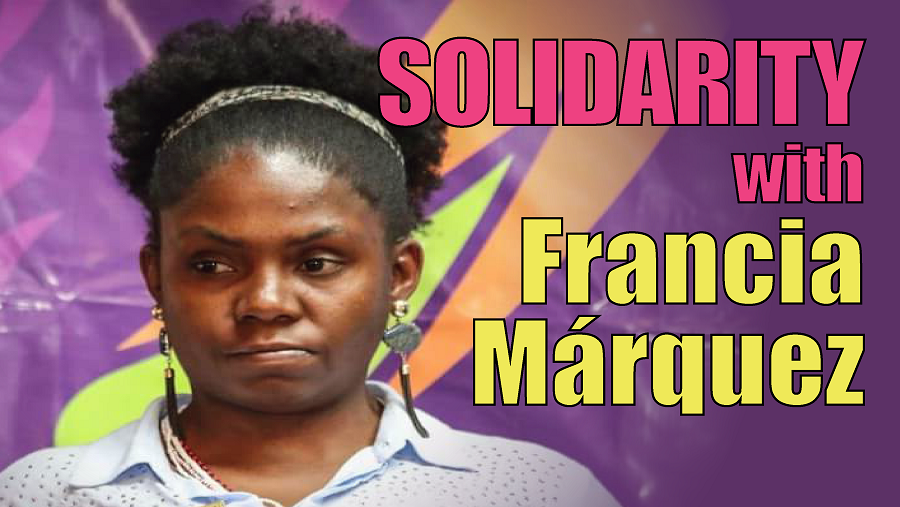 On Saturday afternoon, May 4, Francia Márquez, an eminent Afrodescendant human rights defender in Colombia, was subjected to an attempt on her life in the rural town of Santander de Quilichao in the northern part of the Cauca region

Francia Márquez was with other community leaders when several armed men burst into the place where they were meeting and, for fifteen minutes, attacked them with firearms and a grenade. As a result, two men were wounded, both of whom were part of the National Protection Unit assigned to the defender.

Francia is a highly esteemed social leader and defender of land, territory and natural goods, who won the Goldman Environmental Prize in 2018. She also participated in negotiations between the government and the FARC, where she spoke of the impact of the armed conflict on women and Afro, indigenous and campesina communities.

We of IM-Defensoras condemn this attempt on her life and express our solidarity with Francia Márquez and all those who were targeted. Likewise, we demand that the Colombian government comply with its obligation to guarantee protection and security to the defender and all persons who defend human rights in the country.