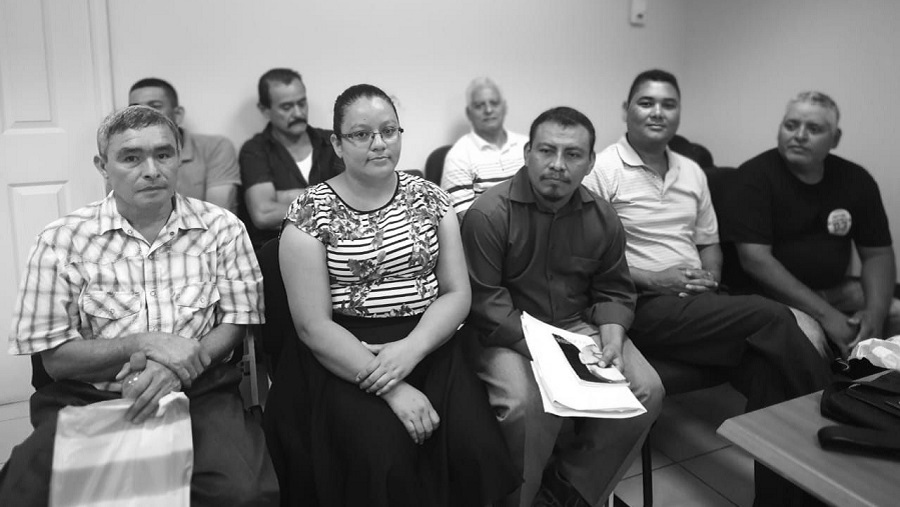 THE FACTS – On Friday, February 22nd, Lourdes Gómez and 12 other members of the Municipal Committee in Defense of Public Natural Assets and the Committee in Defense of the Guapinol River voluntarily appeared in court with regards to a criminalization process in which they are accused of the offenses of usurpation and damages. Even though the Public Prosecutor stated that there were no outstanding fiscal requisites against them, they were informed when they appeared that requisites do exist for the offenses of unjust deprival of liberty, aggravated arson, unlawful assembly, and robbery, all of which entail confinement. Thus the 32 defenders, including Lourdes Gómez once again, are subjected to criminalization.

The Guapinol community is engaged in resistance against the illegal imposition of mining exploitation by the Pinares Investment Company, whose activity affects the protected area of the Montaña de Botaderos National Park, renamed the Carlos Escaleras Mejía National Park. In this area, prohibitions exist against carrying out mining activities and building highways or access roads or structures on the banks of gorges and rivers, thereby creating danger zones, given that this is an area for recharging water sources and intake of wàter that supplies a dozen communities in the municipality of Tocoa, Colón.

In Honduras there is ongoing complicity of the State with private businesses, in which their interests are placed before the public interest and the human rights of the communities. This is done through the systematic criminalization of defenders and the use of public security forces to repress the population that is exercising its legitimate right to protest.

We of IM-Defensoras and the National Network for Women Human Rights Defenders in Honduras denounce the criminalization of Lourdes Gomez and 31 other persons defending commonly held assets in Tocoa; we call on the international community to stand in solidarity with these defenders and to stay on the alert for further developments in the situation.