#WHRDAlert GUATEMALA / Campaign of disparagement, defamation and accusations against defenders and journalists who support the CICIG 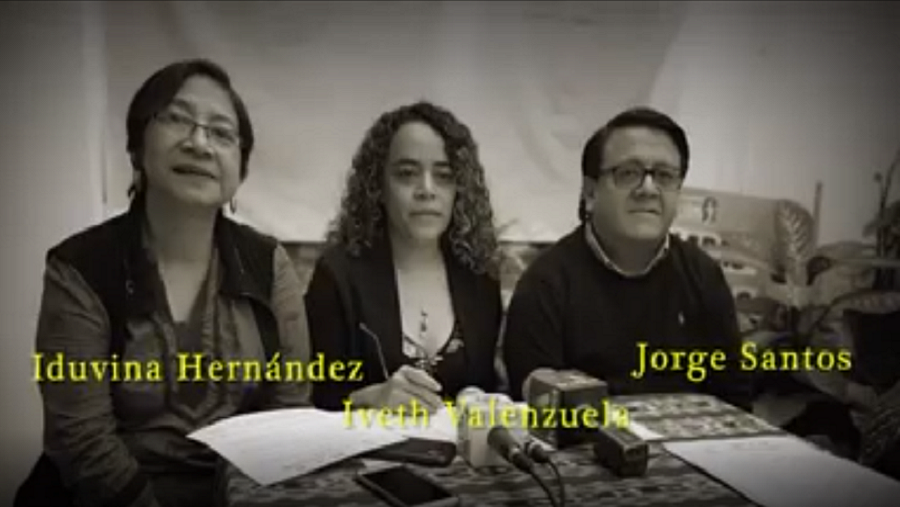 Activity
The right to defend rights, women’s rights, right to information, and freedom of expression

THE FACTS – During recent weeks, the Guatemalan government has waged a campaign against the International Commission against Impunity in Guatemala (CICIG), including illegal arbitrary actions such as the expulsion of members from the country. In social networks, defamatory information aims at disparaging and accusing human rights defenders and journalists who have taken a stand in support of the CICIG and have denounced abuses.

Among those targeted by these attacks is our comrade Ada Valenzuela, a member of the National Coordinating Group of the Women Defenders Network in Guatemala and of the National Women’s Union of Guatemala (UNAMG), along with other notable journalists and human rights defenders such as Iduvina Hernández, Brenda Hernández and Jorge Santos.

For some time now, comrades have been the systematic target of different types of attacks, including criminalization and physical aggression. The current accusations and smear campaigns heighten their ongoing risk situation and negatively impact the development of their crucial work for human rights and the right to information in Guatemala.

We of IM-Defensoras denounce these acts and hold the State responsible for the security of Ada Valenzuela, Iduvina Hernández, Brenda Hernández and Jorge Santos, and for their physical and moral integrity.

We call on the international community to stay on the alert for developments in the political and human rights crisis in Guatemala that may well be behind the unilateral, arbitrary revocation of the CICIG mandate and the illegal expulsion of its members, as mentioned by representatives of different official bodies and the Guatemalan system of justice itself.