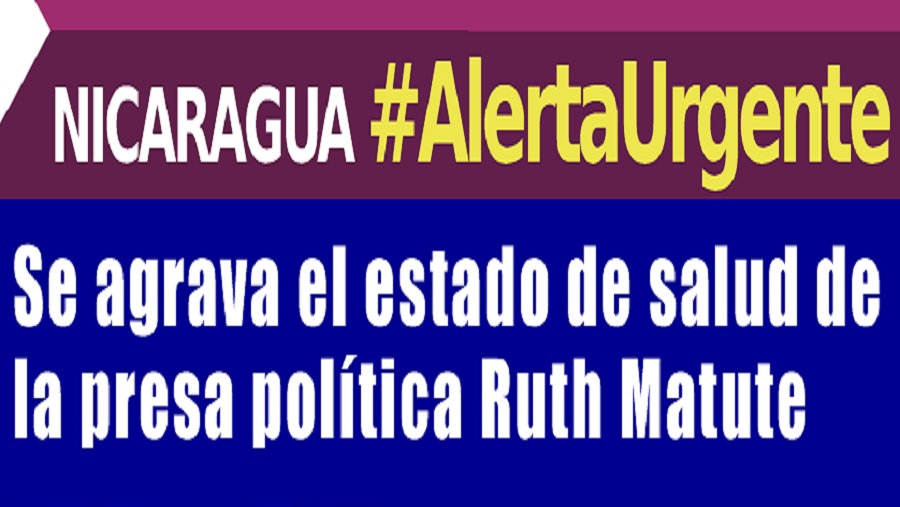 Ruth Matute, who is still being held prisoner after being arbitrarily arrested in October, 2018, has suffered from heart failure and uses a pacemaker.

On Friday night, January 4th, it was necessary to move Ruth Matute from the women’s prison to the Carlos Humberto Huembes Police Hospital because her pacemaker ceased to function. If another one is not implanted, her life will be seriously endangered.

We of IM-Defensoras demand that she be granted specialized medical care and that she be immediately released. We hold the Nicaraguan government responsible for her life and integrity.