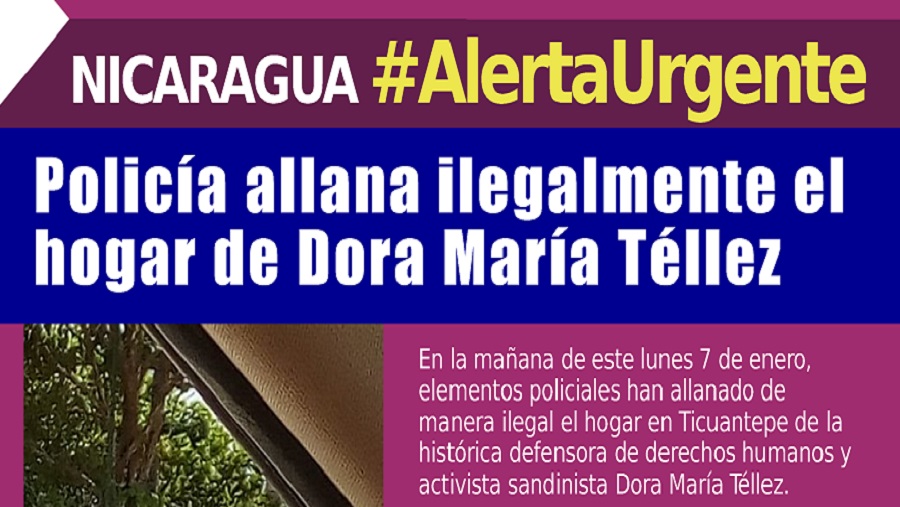 The defender reports that some of the agents were masked and that a drone flew over her house, which had been subjected to siege and surveillance for three months.

We of IM-Defensoras condemn this illegal action by the Nicaraguan government and hold it responsible for any attempt on the security and the physical and moral integrity of Dora María Téllez.