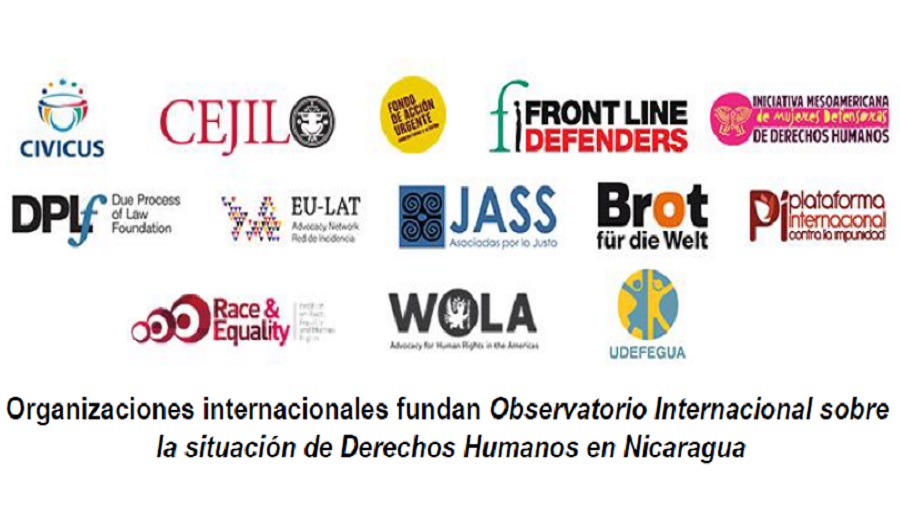 April 18, 2018 marked a watershet moment in the recent history of Nicaragua, with the outbreak of a political and social crisis that has seriously impacted the respect for and guarantee of human rights of the Nicaraguan people.

Nine months since the start of the human rights crisis, state repression against protesters, leaders, human rights organisations and social movements continues, placing the defence of human rights and social participation difficult to sustain. The government of President Daniel Ortega and Vice President Rosario Murillo has also been denying opportunities for international monitoring, which they had initially invited, such as the Follow-up Mechanism for the Situation in Nicaragua (MESENI) of the Inter-American Commission on Human Rights, (IACHR) and the UN Office of the High Commissioner for Human Rights.

According to the statement made by the executive secretary of the IACHR, Paulo Abrão, in his last presentation to the Permanent Council of the Organization of American States (OAS), “the characteristics of state violence show that there was a decision by the State to use forces in such a way that involved the commission of multiple criminal acts against demonstrators and political opponents; specifically murder, imprisonment, persecution, rape, torture and, eventually, enforced disappearances.”

According to what has been documented by the IACHR, the escalation of violence has resulted in 325 people killed and more than 2000 people injured; 550 people detained and prosecuted; around 300 health professionals dismissed from their jobs; and the expulsion of at least 144 students from the National Autonomous University of Nicaragua (UNAN).

With the possibility of international observation terminated, the blocking of spaces for civil society organisations to monitor and follow up human rights violations, the criminalisation of human rights defenders (HRDs) and their organisations, the closure of civil society organisations and the increasing forced migration of thousands of people due to the political violence, the need to establish an international mechanism to observe the situation in the country is extremely urgent.

The Observatory is constituted by virtue of the crisis in Nicaragua, which makes it imperative that international civil society reinforce its work of documenting and monitoring the human rights situation in a coordinated and proactive manner.