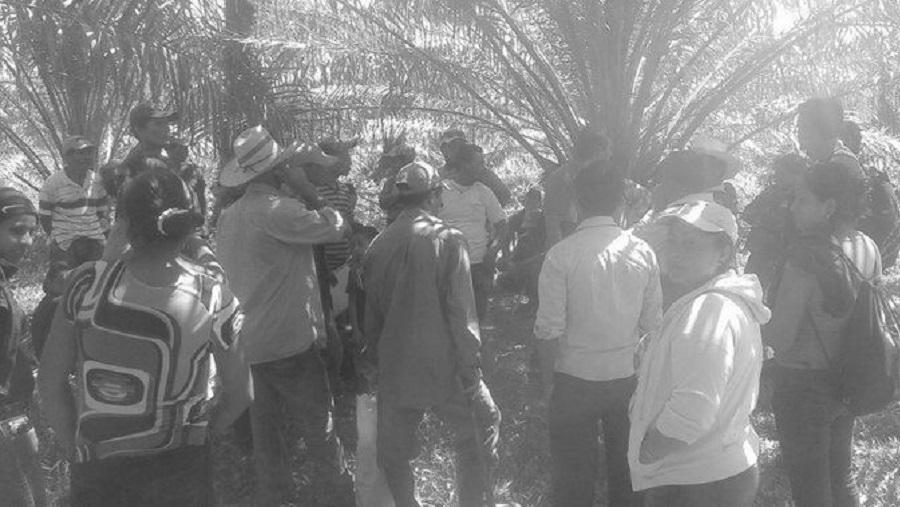 THE FACTS – Anxiety heightens after eviction threats made against wome defenders of the Trinidad Campesina Group located in the town of Trujillo, Colón.

Defenders in the area have informed the National Network of Women Human Rights Defenders in Honduras of the latent eviction threats expected on Wednesday, December 5th as part of the criminalization and repressive actions promoted by the OLEOPALMAS Company of Central America, which had previously accused Yenis Zular Rodríguez and her companion Carlos Omar Espinoza of the alleged crime of land usurpation last May.

We of IM-Defensoras and the National Defender Network demand that the Honduran government immediately put an end to the criminalization and judicial harassment of rights defenders of the Trinidad Campesino Group.

We also call on the national and International community to be on the alert regarding the situation of the Trinidad Group, in view of the fact that an eviction would place the physical, emotional and psychological well-being of Yenis Rodrtíguez at risk, along with that of her comrades.