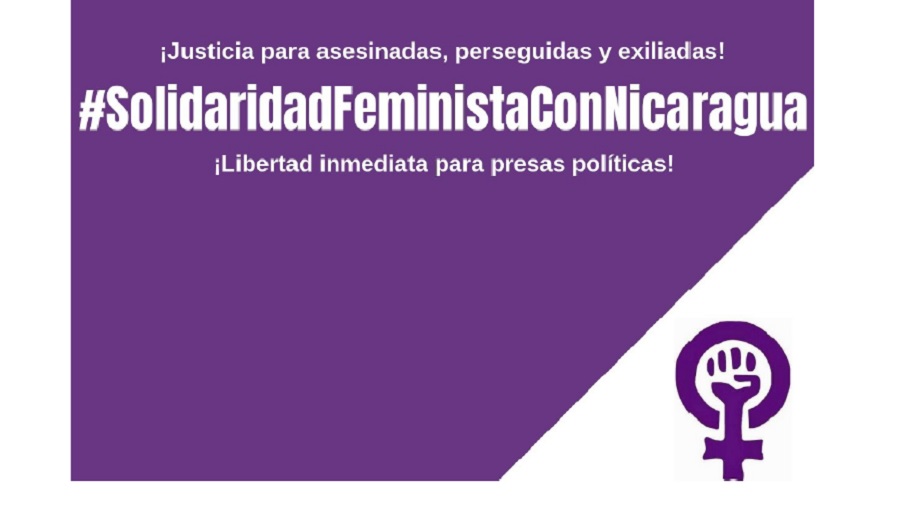 The activists face intimidation, siege, arbitrary detentions, attacks on their physical and sexual integrity, exile from the country, withdrawal of legally-obtained residency status and citizenship; as well as the withdrawal of the legal personhood and the freezing of the bank accounts of their organizations.

This constant assault has been taking place for the last decade, and intensified in the context of the crisis, gaining greater force with the recent declarations of the Vice-President, who gave a speech of hatred, instigation of violence, and criminalization of feminists.

We are watching the regime’s actions, have denounced them and will continue recording and demonstrating them. No democracy has space for criminal actions, for the repression of social demands and of the defense of human rights.

Ortega’s government, successor to a revolution that promised better living conditions, justice and equality for the Nicaraguan people, has betrayed this legacy and distorted these causes with its actions.

We call on the regional and international institutions of Human Rights and on the United Nations to comply with their ethical obligation to observe, document and denounce the actions of the Ortega regime, to impede the perpetration of violations of rights and the continued committing of acts of injustice and violence against the human rights defenders and the self-organized social movements. Any alternative conduct, cannot be read as negligence nor as diplomacy, but can only be interpreted as shameful complicity.

We call on various multilateral organs and the international community to accompany a process through which the Nicaraguan people can move out of this crisis in a peaceful and democratic fashion which respects their right to autonomy and self-determination and insures justice, reparation of damages for the victims, and gives assurances that it won’t be repeated

We call on the Latin American and Caribbean community to raise their voice, together with ours, to make it clear that democracy and social harmony must be restored in Nicaragua, and that the impunity of the actions of the repressive government must be stopped.

The feminists and human rights defenders, as well as the people of Nicaragua, are not alone; we, the feminist, democratic and leftist community of Latin America, are here, and we know how to distinguish and denounce violence and crimes, no matter where they come from.

No government can sustain itself with the use of force, barbarity and impunity. We demand:

Not one more feminist exiled, criminalized or imprisoned!