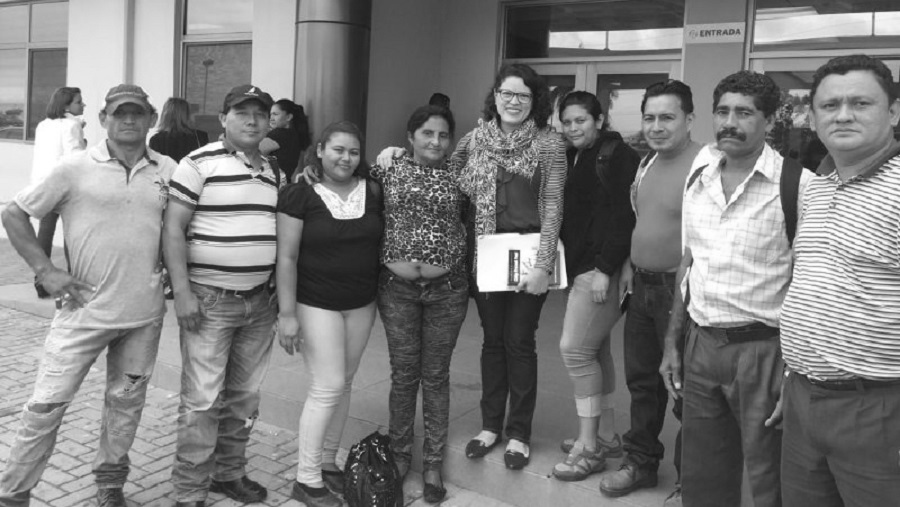 THE FACTS– Since 2007, defender Juana Carranza, a member of the Reyes Rodríguez Arévalo Campesina Cooperative, affiliated with the Yoro regional branch of the National Field Workers Office (CNTC) in El Progreso, has been subjected to criminalization in reprisal for her territorial defense work. Falsely charged with “usurpation of lands” in 2012, the defender was sentenced to probation with the obligation to appear at the Potrillo Courthouse in person every month to sign in, and was forbidden to leave the country.

Last November 15th, Juana Carranza was detained, and after being taken to several different detention centers for the next 12 hours, was finally taken to the Joint Command Center in the city of San Pedro Sula. An arrest warrant had been issued for her after she was accused of rebellion due to her failure to comply with the probation measures decreed in 2012.

The defender, who was accompanied by her lawyer Merary Ávila, a member of the National Defender Network, and by other human rights defenders, was released on Friday, November 16th, after a hearing, in which she was ordered to comply with the previosly mentioned measures.

We of IM-Defensoras denounce and condemn the malicious use of the justice system to criminalize and repress Juana Carranza, denying her right to defend rights, obliging her to comply with punitive measures that have a significant impact on her life and defense work, and violating her right to freedom of movement. Accordingly, we demand an immediate end to the criminalization process and the suspension of measures derived from it.

Lastly, we call on the international community to extend its solidarity to the defender and to be on the alert for further developments in the situation.