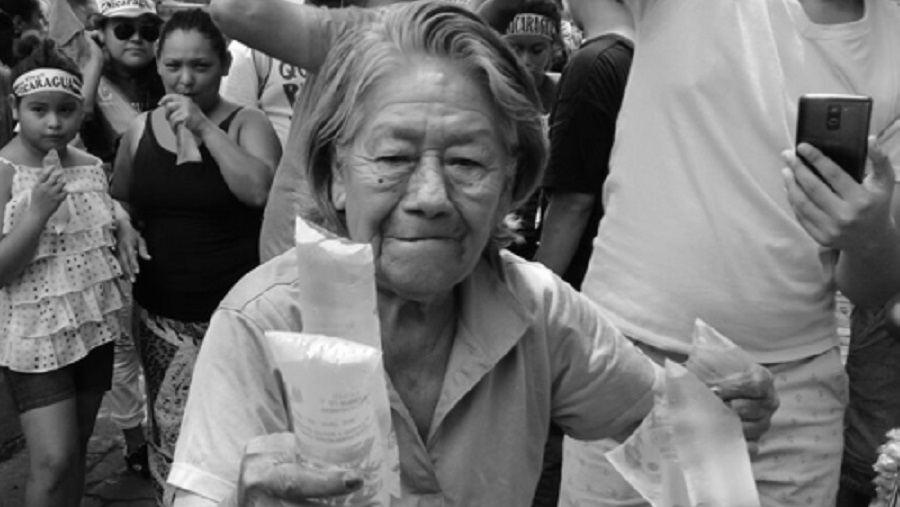 Attacks
Arbitrary detention and excessive use of force

THE FACTS – On Sunday morning September 30th, Doña Coquito, age 78, along with two other women of advanced age whose identities are unknown to us, were detained by the Nicaraguan police when they participated in a self-convoked march to protest against the government.

As can be seen in diverse images and vídeos in public circulation, the detention of the three women was extremely violent. Since we know they were older adults, such violence places their physical integrity and their very lives at serious risk. Several hours after being taken to the Judicial Assistance Department of the National Police, known as El Chipote prison, the three women were released.

Doña Coquito, who became a symbol of anti-government protests by passing out water to students who were marching, has been the target of several different attacks by para-police groups against her small business in which she sells candy and soft drinks.

These detentions coincide with a statement by the National Police that declares protests illegal and criminalizes their convocation, a statement that has been denounced by the Inter-American Commission for Human Rights (IACHR) as an attempt against Inter-American standards.

We of IM-Defensoras repudiate and condemn the arbitrary detention and excessive use of force against these three elderly women who were exercizing their legitimate right to peaceful protest, and we hold the Nicaraguan government responsible for any harm that may come to them.

Likewise, in keeping with the position of the IACHR, we demand that the government recognize the legitimate right to peaceful protest of all Nicaraguan people and refrain from any action that criminalizes those who foster and exercize this right.