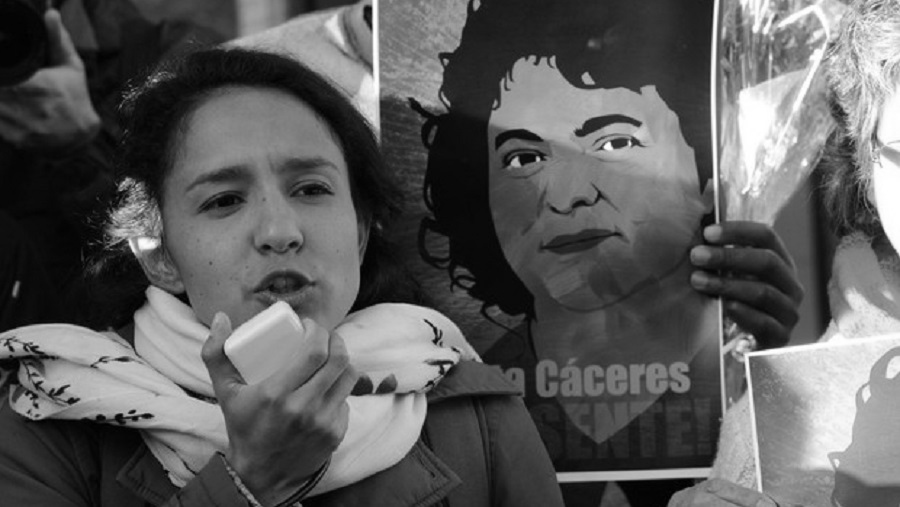 Mesoamerica, October 29, 2018 – The Mesoamerican women defenders who make up IM-Defensoras declare ourselves in rebellion and raise our voices in solidarity with the Civic Council of Indigenous Peoples’ Organizations in Honduras (COPINH) and the family of our companion Berta Cáceres in denouncing the numerous irregularities that make a deliberate farce of the trial for her political femicide and the attempted assassination of Gustavo Castro.

According to recent statements of COPINH, the trial began illegally last October 20th, given the failure to previously resolve the challenge lodged against the Court that is hearing the case, and the exclusion of the victims’ representatives. Moreover, the decision to impose the Public Prosecutor as representative of the victims involves a flagrant abuse of their dignity. In the words of Bertha Zúñiga, the Coordinator of COPINH and daughter of Berta Cáceres: “the Public Prosecutor has never represented nor will ever represent the victims, but instead represents the aggressors in the assassination of Berta Cáceres, withholding information and denying our rights to participate in the court proceedings.”

In addition to these infringements and perversions of judicial prosecution, we decry numerous irregularities committed by Honduran criminal justice institutions since the beginning of the case, including a lack of access to information, the failure of the Public Prosecutor to conduct an investigation, the destruction and alteration of evidence, an unwillingness to pursue the intellectual authors, and a lack of protection of the rights of the victims, among others. These factors clearly reflect an attempt to lay the foundations for lending the appearance of justice to a new exercise of impunity in order to protect the intellectual authors of the political femicide of Berta Cáceres and to elude acknowledging the responsibility of the State in this crime.