#WHRDAlert NICARAGUA / Arbitrary arrest and excessive use of force against university activist Amaya Coppens, of CUDJ 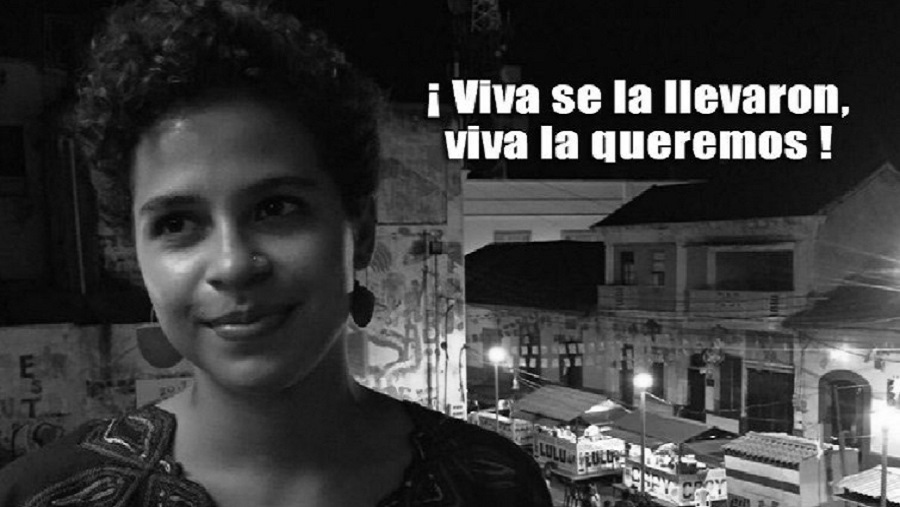 THE FACTS – Amaya Eva Coppens, a Belgian medical student and leader of student protests, was detained on Monday night, September 10th, along with Sergio Alberto Midence Delgadillo. According to information provided by neighbors, hooded police agents arrived at the house where both were staying, used violence to detain them, and took them away in a van.

Amaya Coppens also belongs to the University Coalition for Democracy and Justice (CUDJ), Civic Alliance, and Social Movements Network. It is important to note that she is the eighth CUDJ member who has been subjected to arbitrary detention in recent weeks, in what seems to be a campaign of harrassment and repression against twelve university organizations working in this grouping on the national level.

We of IM-Defensoras condemn these acts and demand the immediate freedom of Amaya Coppens and Sergio Alberto Midence and an end to measures of criminalization against them. We hold the Nicaraguan government responsible for any harm that may be done to them.

We also demand an end to the campaign of persecution against CUDJ and the release of its members still being held prisoner, and further demand respect for the right of students to organization and peaceful protest.

Lastly, we call on the international community to continue to pressure the government of Nicaragua to put an end to repression and para-police violence against the Nicaraguan people.