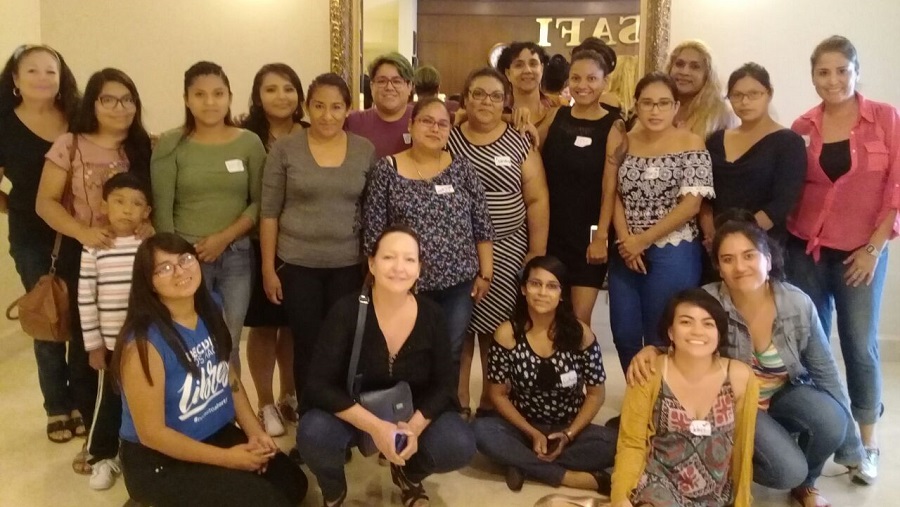 National Network of Women Human Rights Defenders in Mexico – On August 15th and 16th, defenders in Nuevo León, Durango and Tamaulipas met in the city of Monterrey to acquire security instruments with a comprehensive feminist focus that allows them to continue and reinforce their work in defense of human rights.

The workshop, given by the Mesoamerican Initiative of Women Human Rights Defenders and the National Network of Women Human Rights Defenders in Mexico (RNDDHM), was attended by nineteen defenders who are members of nine different organizations. These included defenders of the land and territory, of the rights of indigenous women, of the rights of women to a life free of violence, and to the free exercise of sexuality and reproduction.

The participants acknowledged the risks that being a defender implies in the Mexican context and the impact of different forms of violence on them. Meanwhile, they advanced in the construction of their plans for comprehensive feminist protection with aspects of self-care and physical and digital security. They also advanced in the definition of a strategy of regional security that allows them to coordinate their efforts in the case of an emergent situation of aggression against women defenders. This workshop is part of the project entitled “Secure women defenders. Constructing democracy and promoting human rights in Mesoamerica,” which fosters comprehensive protection mechanisms with a gender perspective among defenders in the region.

In Mexico, this project consists of four workshops held in different states in the country. Three of these have already taken place: in Yucatán, on July 13th and 14th; in Michoacán, on August 10th and 11th; and in Nuevo León, on August 15th and 16th. Up until now, more than seventy women defenders in the country have acquired security instruments that help reinforce their diverse struggles.