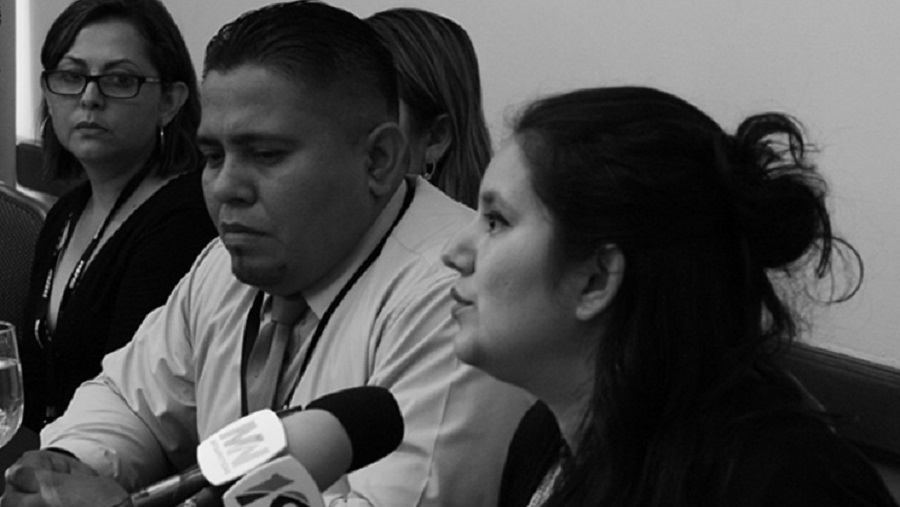 Feminist Collective for Local Development, FESPAD and Citizen Group for the Decriminalization of Abortion

Attacks experienced
Obstruction by judge of right to defend rights; restriction of rights to protest and demonstrate

THE FACTS – The Feminist Collective for Local Development, the Foundation for the Study and Application of Law (FESPAD) and the Citizen Group for the Decriminalization of Abortion –organizations with a long, widely recognized history of work for the rights of women and the right to defend rights in El Salvador– charge that the First Instance Court of Jiquilisco seeks to restrict activities in support and defense of the rights of Imelda Cortez Palacios, who experienced an outpatient birth last year and is being prosecuted on charges of aggravated attempted murder.

A preliminary hearing in the case is scheduled for July 4th, at which time the judge has ordered the National Civil Police to establish a perimeter around the courthouse in order to avoid a concentration in solidarity with Imelda. The organizations, on the other hand, are demanding that the Supreme Court of Justice allow them to attend the public hearings in order to observe and monitor compliance with international norms and due process of law in the case of a criminalized woman.

Imelda Cortez, 20 years of age, has not committed a single crime, but instead is the víctima of a sexual crime that was not denounced until the moment of the outpatient birth. Her pregnancy was the result of repeated rape by her stepfather. Members of Imelda’s legal team charge that as of 2017, they insisted that the Attorney General’s Office accuse the stepfather of rape, but the trial lawyer refused because “he didn’t believe it”. They were finally able to get an arrest warrant issued for the stepfather, whose initial hearing was on March 22nd, and will be followed by the preliminary hearing.

We of IM-Defensoras and the Salvadoran Network of Women Human Rights Defenders demand that the Salvadoran government guarantee due process of law to Imelda Cortez, and that it allow members of accompanying organizations to attend public hearings. Likewise, we demand that the government guarantee these organizations their right to defend rights and to gather and express support and solidarity with the criminalized woman, and furthermore, that the government revoke the decision to establish a perimeter outside the courthouse.

Finally, we repudiate the process of criminalization faced by Imelda Córtez and demand her immediate exoneration. Moreover, in keeping with a long list of international human rights recommendations issued by the UN and the IACHR, we demand an end to the criminalization of abortion in El Salvador, as well as absolution and freedom for all women being unjustly held prisoner, whether for spontaneous abortions or for having exercised their right to decide over their own bodies.