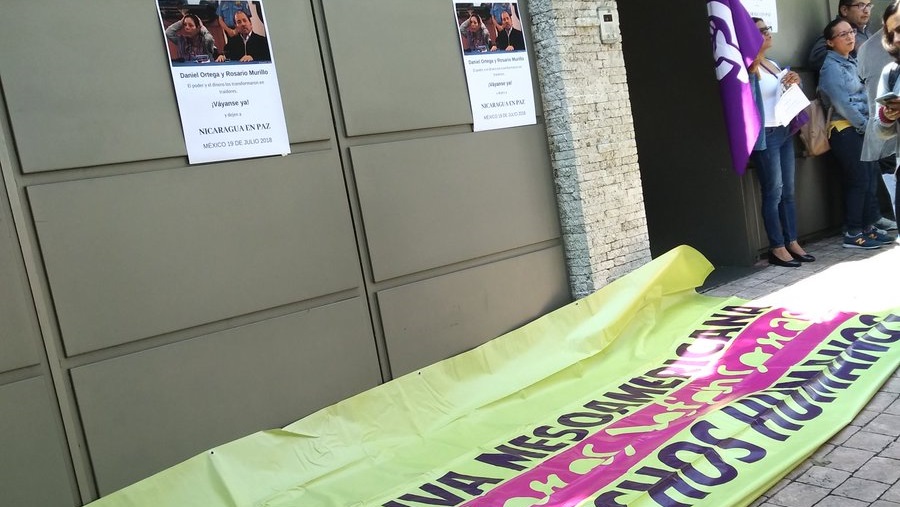 On Thursday, July 19, attending the call of the international feminist movement, women human rights defenders and feminist women from around the world participated through various actions in a day of solidarity with Nicaragua.

The IM-Defensoras, we joined the call encouraging the participation of the national networks, spreading the call and participating in the tweet, where we visualized the repeated and systematic attacks that women defenders are facing since April 18, as show the 18th #WHRDAlert that we have issued.

In El Salvador, Guatemala and Mexico, members of the national networks, together with other feminist defenders and organizations, carried out symbolic closings of the Nicaraguan Embassies, demanding the end of state repression and parapolicial violence in the country and the fulfillment of the recommendations of the IACHR.

Social networks were also filled with messages of support and solidarity with the Nicaraguan feminist movement and condemnation of the government, through hashtags such as #GritoFeministaXNicaragua or #SOSNicaragua.

The fundamental role of the feminist movement and of the women human rights defenders and their organizations in the construction of peace and democracy in Nicaragua has been demonstrated once again.