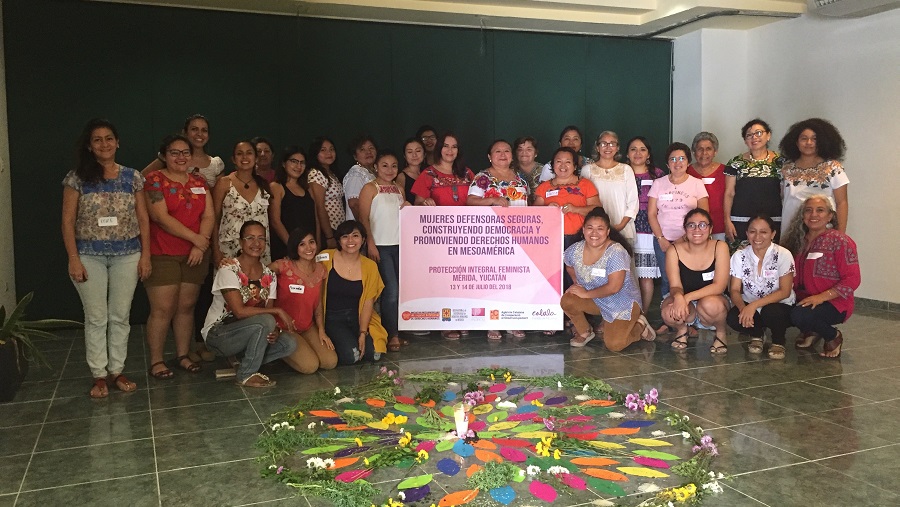 Around 30 women defenders from Yucatan, Campeche and Quintana Roo met in Merida, on July 13th and 14th to acquire instruments for the construction of comprehensive feminist protection plans. These have components of self-care along with physical and digital security that make it possible to continue the work of the defense of human rights in conditions of security and equality.

During the workshop given by the Mesoamerican Initiative of Women Human Rights Defenders and the National Network of Women Human Rights Defenders in Mexico (RNDDHM), a civilian organization made up of 225 women defenders in the country, participants analyzed the adverse context in which they carry out their defense work and interchanged experiences reflecting their diverse struggles.

The name of the activity was “Safe and secure women defenders constructing democracy and promoting human rights in Mesoamerica”. Fifteen different organizations on the Yucatan Peninsula were represented.

According to documentation by the RNDDHM, during this six-year term of government, at least one attack a day has been perpetrated against women defenders in Mexico as of now. In the same period, 25 women have been killed as a result of their work in defense of human rights.

In Yucatan, we accentuate the murder of defender Emma Gabriela Molina Canto, perpetrated on May 27, 2017, and the attempted murder of human rights defender Sandra Peniche Quintal last March. Both cases were documented by the RNDDHM, and members of the Network also accompanied the victims and their families.