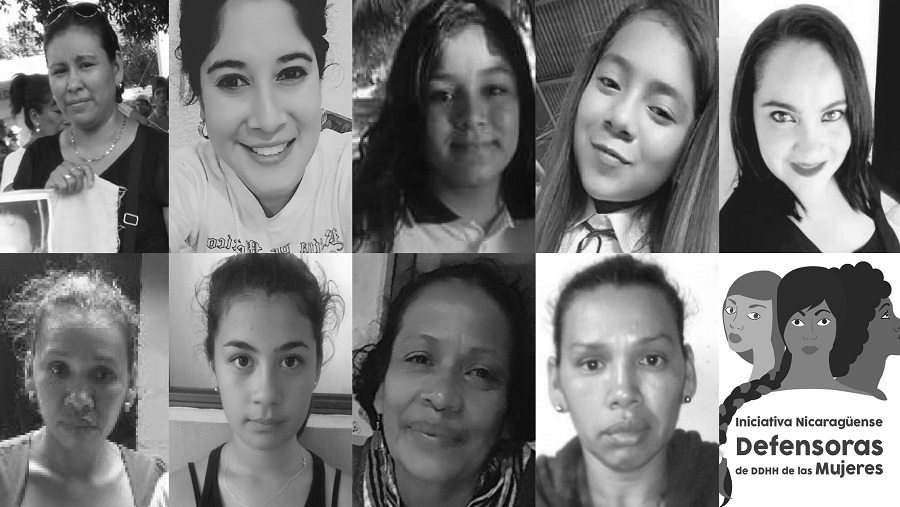 THE FACTS – Despite international condemnation and recommendations, the campaign of parapolice violence and repression against the civilian population and human rights defenders has not ceased in Nicaragua.

Loadys Sánchez, age 16, has been censured in her classes, where was not allowed to enact a dramatizatio of the situation in the country. She has been threatened with losing her coursework by the Director of the Institute where she studies and is a víctim of surveillance, intimidation and insults in social networks.

Kelly Alemán, age 12, has been verbally and physically attacked and has received dire threats for making posters and banners with her classmates for the April Mother’s March.

University Student Leslie Cruz, has been subjected to verbal aggression, surveillance and intimidation as she leaves her home and returns to it.

In the cases of Kelly and Leslie, the aggressor is a member of the FSLN ruling party.

Marta Obando, an independent worker, has been verbally attacked; intimidated with firearms; and besieged and pursued by vehicles, City Hall workers, and parapolice mobs that deny her right to freedom of movement. She has received threats that damage will be done to her home and family; she has been the target of surveillance in which photographs have been taken of her home; and she has been pursued by parapolice mobs on motorcycles.

The sisters Carmen, Sandra and Claudia Carranza have been subjected to threats, intimidation, harassment and surveillance. Claudia has been threatened by FSLN sympathizers with machetes, shovels and Stones in front of her home.

Ingrid Salazar has been slandered and criminalized in social networks and, along with her daughters, has been harassed, surveilled and intimidated with firearms by City Hall workers and parapolice mobs every night in front of her home. She has been denied freedom of movement from the street to her home.

We of IM-Defensoras condemn these acts and reiterate our demand to the Nicaraguan government to comply with the recommendations recently issued by the IACHR and end the campaign of repression and paramilitary violence unleashed last April 18th. With regard to the attacks against the two minors, we remind the government of its obligation to respect national laws and international conventions that require the protection of children. We hold the State responsible for anything that may befall the aforementioned defenders.

In the same vein, we ask the IACHR to grant the precautionary measures demanded by Bianca Vásquez, Marta Obando and the other women defenders named herein named.