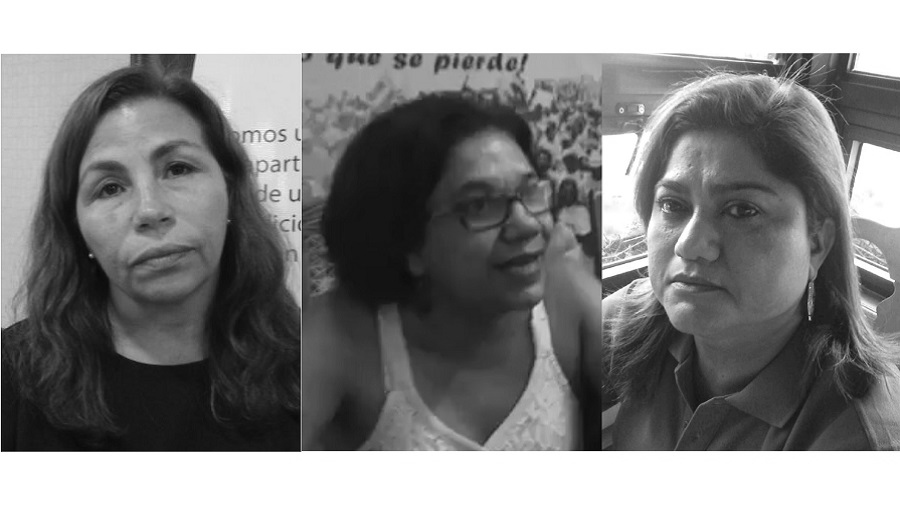 THE FACTS – Ever since fire was set to the Indio Maiz Reserve and a repressive campaign was launched by the government last April 17th, feminist human rights defenders Haydeé Castillo and Sara Henríquez, have been victims of different types of ongoing attacks, as we first denounced in the #WHRDAlert of April 28th.

In the case of Haydeé Castillo the intensification of the criminalization against her is of particular concern. In the recent incriminatory statements (obtained falsely, under pressure) made by young people who have been kidnapped and subjected to torture, she is accused of offering them money for participating in protests.

We are also concerned that the criminalization and smear campaign against Sara Henríquez in social networks has not ended. She continues to be named as the instigator and organizer of the barricades set up by those who continue to resist and protest the repression and violence of the State and para-police forces, as well as the violence in León and the looting and burning of the University of Managua in León.

Another case that troubles us, due to the repetition and seriousness of the attacks, is that of defender Reyna Rodríguez, who has received death threats in her own home and is the target of a smear campaign by the Political Secretary of her barrio, who accuses her of “paying off people to destroy the barrio” and of “being guilty of deaths in Ciudad Sandino.” Moreover, her home is under constant surveillance by para-police agents and oficials of the ruling government party, she has been pursued and besieged, and her home has been fired upon, endangering her life and that of her family.

We of IM-Defensoras repudiate and condemn these attacks and reiterate our demand that the Nicaraguan government comply with IACHR recommendations and those of other international bodies, and that it immediately put an end to the repression and attacks against the general population and human rights defenders; we hold the government responsable for any harm that may befall one or more of these three women defenders.

Likewise, we demand that the IACHR grant protective measures to these defenders as soon as possible, and we call on all international organizations and entities to stay abreast of this situation.