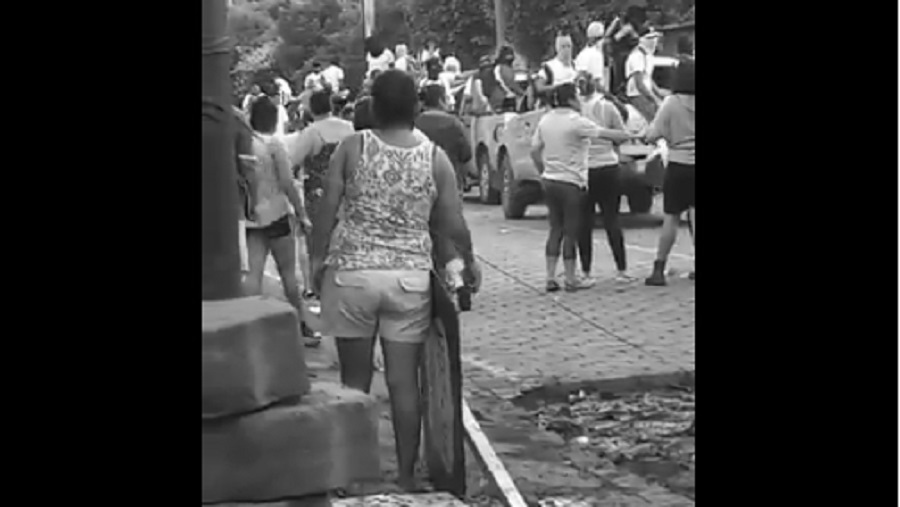 THE FACTS – According to numerous reports, approximately 20 women exercising their legitimate right to peaceful protest today in Masaya by banging on pots and pans, were detained by police and para-police forces, which loaded them onto the vans that took them away. As of yet, their whereabouts are uncertain, as is information on whether or not they have been released.

These acts occurred in the context of extremely serious acts of police and para-police repression and violence in Masaya, where the population is not recognizing the government and, instead, is opting for self-organization. So far, there are more than three people dead and thirty wounded.

We of IM-Defensoras condemn these violations and demand the immediate, live presentation of the women; moreover, we demand an immediate end to State and para-police repression and violence in Masaya.

We call on all international human rights organizations and bodies to stay on the alert to developments in Masaya and to pressure the Nicaraguan government to end the country-wide violence and repression that has caused the death of at least 180 persons and more than 1,500 wounded since April 18th.