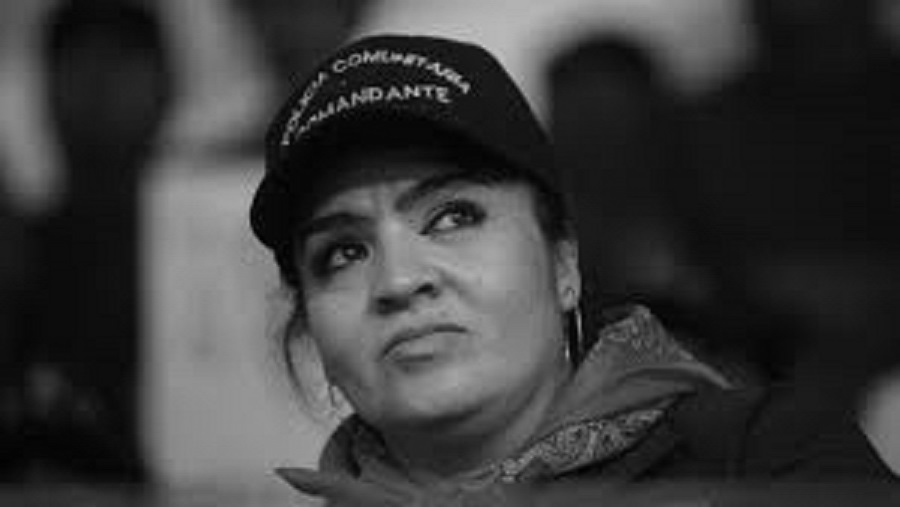 Mesoamerica June 1, 2018 – The more than a thousand defenders that make up the Mesoamerican Initiative of Women Human Rights Defenders (IM-Defensoras) hereby express our grave concern over the re-criminalization, stigmatization, disparagement and defamation of the ex-Commander of the Community Police of Olinalá, Guerrero, Nestora Salgado, during the current electoral process in Mexico, in which she is a candidate for Senator of one of the contending parties.

In the last few weeks, different public figures have made serious charges against Nestora Salgado in the news media and in national events with a wide audience. She has been called a “kidnapper,” relative to the case of arbitrary detention, criminalization and imprisonment that she faced between 2013 and 2018, under charges of “organized crime” and kidnapping.” She was absolved of these offenses in court after proving that they were either false or had to do with the legal and legitimate operation of the Community Police of Olinalá, regulated by Law 701, Recognition, Rights and Culture of the Indigenous Peoples and Communities of the State of Guerrero.

We are especially concerned that, coinciding with this re-criminalization campaign, several 2016 appeals by the Attorney General’s Office of the State of Guerrero reopen some of the charges for which Nestora Salgado has already been absolved, which means that once again she will have to face judicial prosecution and all the consequences and effects derived from that.

International human rights entities, such as the IACHR and the UN Working Group on Arbitrary Detention, have verified multiple irregularities perpetrated by the State in Mexico in its push to prosecute her and keep her in prison.

We of IM-Defensoras consider it highly irresponsible and unacceptable for the State to continue criminalizando and stigmatizing Nestora Salgado after she received a clearcut, absolutory judicial sentence. This is especially true when the attacks come from public figures with great social influence who are required to exhibit a high degree of responsibility in all their statements and acts. We are not only concerned about the negative effects that these attacks may have on the security and the physical and moral integrity of Nestora Salgado, but also about the precedent set in other cases of women defenders who are criminalized and prosecuted for defending human rights. Despite having been absolved in the courts, defenders often face social and community stigmatization.

We of IM-Defensoras wish to make it clear that we are not affiliated with any political party. Neither does our position seek to interfere in or take sides in the electoral process now underway in Mexico. Our sole concern is the impact that certain statements could have on the defender that we have accompanied in the past, and on other women human rights defenders in the country.

We demand immediate rectification from all public figures who have spread defamatory allegations against Nestor Salgado, and adherence to the definitive sentence that absolves her of all charges.