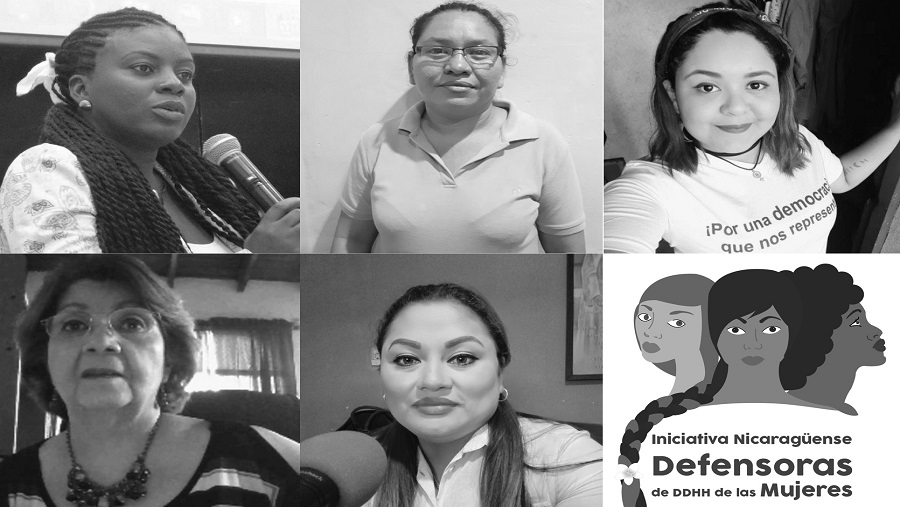 THE FACTS – A month after the initiation of the campaign of repression and violence waged by the State and paramilitary groups in response to the protests of the Nicaraguan people demanding the democratization of the country, access to justice and the clarification of more than 55 murders reported to date, the repeated, systematic attacks against Nicaraguan defenders have not ended.

Jennifer Brown (Bluefields), a human rights defender and Black feminist, has been the target of any number of threats from public functionaries and members of the Sandinista Youth. A high government official recently called into a radio program with threats against her and other social activists. Jennifer is also a víctim of cyberbullying and fears being detained for being part of a self-convoked group.

Suyén Margarita Sánchez, a communicator of Radio Única in Bluefields, has received harassment and threats from the police regarding her journalistic work. She has questioned the oficial version and given special coverage to the case of the journalist Ángel Gaona, killed in the context of police repression that she has reported.

Mercedes Reyes (León), a member of the Women’s Network against Violence (RMCV), received the following threat along with misogynous insults through a social network last May 14th: “Be careful with the brainwashng they’ve given you and remember, you have a son that might not come home one day or might get lost along the way. Try to sleep under your bed, bitch. You and your filthy friends in the violent women’s network are on our list. Somoza-loving traitor. If you keep on with your smear campaign, we’re going to skin you alive. Say hello to your son for us.” (SIC)

Dolly Mora (Managua), a member of the National Coalition of University Students, has been pursued by motorists three times as she was on her way to meetings. She has been the vctim of threats, intimidation, psychological harassment and besiegement by members of the Sandinista Youth and the police. Her house is continually watched by bikers.

Martha Munguía (Estelí), a member of Acción Ya Estelí, is the víctim of a smear campaign in which she is accused of provoking anti-government actions, among other ofenses. There are indications that on April 28, persons related to the Sandinista Leadership Council (CLS) made a list of the defender’s personal data and turned it over to the police.

We of IM-Defenders condemn these acts and demand that the Nicaraguan government immediately end the repression of the people, including the campaign of persecution, harassment and repression against human rights defenders exercising their legitimate rights to protest and to have access to information. We hold the government responsable for any further aggression that might perpetrated against them.

Likewise, ahead of the upcoming visit of the IACHR to the country, we ask the Commission to contribute to an end to repression and persecution and to the promotion of justice. We further ask that it take note of the fundamental role feminist and women’s organizations are playing in accompaniment and in monitoring and registering human rights violations in the existing social conflict, and that it recognize the risks and attacks they are facing due to their work.