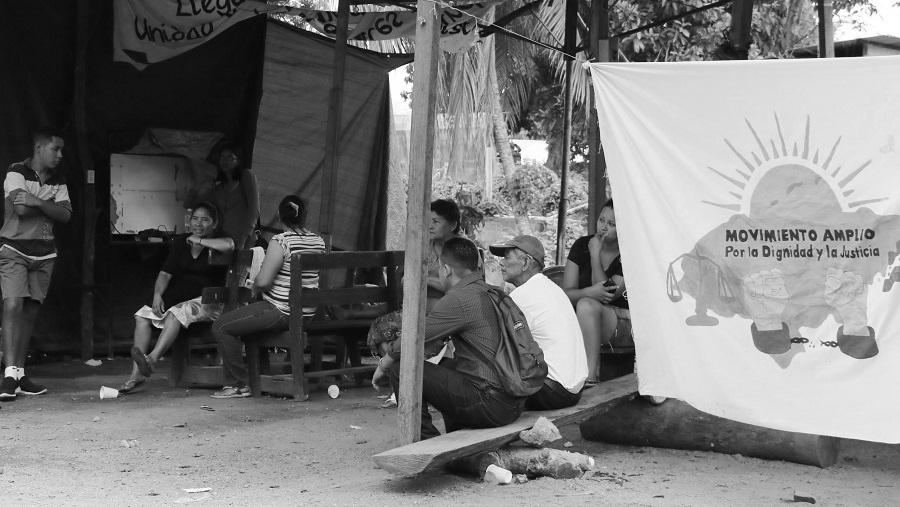 Activity
Defense of the land, territory and natural goods

THE FACTS – In the early morning hours of May 3 members of the national police and army forcibly evicted defenders participating in the Camp Dignity for Water and Life in Pajuiles that have been peacefully protesting for a year in front of the site of the Hidrocep corporation’s dam project.

Force, including tear gas, was used against encampment participants, and in response to orders from businessman Jason Hawit, police and soldiers cleared the way to move in company machinery and employees, and arbitrarily detained Nolberto Lopez, who used his phone to film the crackdown.

We at IM-Defenders have been denouncing the illegal arrests, criminalization and other acts of repression to which defenders of the right to water in Pajuiles have been subjected to such as Angélica Recinos, Albertina López and Wendy Cerritos, as well as the illegitimate use of force by public security forces in defense of the private interests of companies whose activities threaten the land, territory, natural goods and communities that live there.

We condemn these actions and demand that the Honduran government demilitarize the area, cease to put public security and justice services at the service of private interests, and guarantee the rights of the Honduran people to defend the land, territory and natural goods of their communities in compliance with United Nations standards such as ILO Convention 169 referring to the obligation of the state to assure free, prior and informed consultation.

It is important to note that these attacks coincide with the visit to Honduras of Michel Forst, United Nations Special Rapporteur on the situation of human rights defenders.