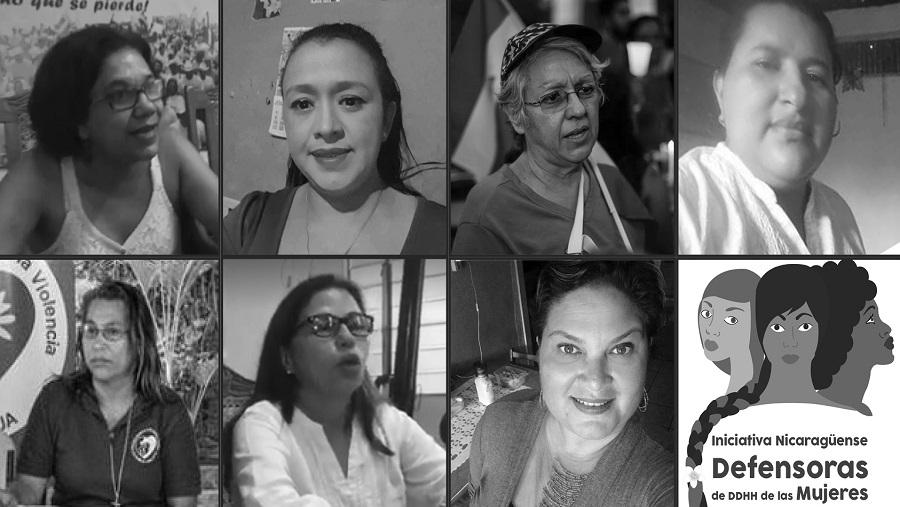 THE FACTS – Since April 17th, in a campaign of repression and violence, the State and paramilitary groups have responded with a heavy hand to sweeping protests against Social Security reforms. A number of women defenders have been the target of attacks of different types and levels of severity perpetrated by State security forces and paramilitary groups acting with total impunity.

On April 17, Sara Henríquez and other women defenders were assaulted amd beaten while exercising their right to peaceful protest. The following day, a youth group went to her home and pelted it with rocks, as they shouted, “Traitor Sara Henríquez sells out homeland”. Ever since that day, the feminist lawyer Karen José Barrera has been the target of diverse threats and verbal attacks from members of the Sandinista Youth.

On April 18th, Ana Quirós, a member of the Autonomous Women’s Movement (MAM), was brutally beaten by paramilitary groups that identified her as an activist as she was trying to protect a young woman being attacked. Since then, a smear campaign with false documentation has been waged to discredit her. Due to the wounds she suffered, surgery on her hand was necessary.

Haydee Castillo has received threats and intimidation from the Army and has been subjected to besiegement and surveillance. Calls have been sent out to burn down the Las Segovias Leadership Insitute, where she is the Director. The local Mayor has threatened to burn down her home. In ongoing smear campaigns, she and other defenders have been presented as “agents of imperialism and the CIA.”

María Elena Rivera, Director of the Oyanka Women’s Association in Jalapa, has received threats that her home and business will be burned down. Furthermore, a bullet was placed in the back seat of her van. Several different members of the Segovian Women’s Movement have been followed and even obliged to get off of públic transportation.

On April 23rd, the home of journalist and social activist Ileana Lacayo was searched and her belongings searched through with nothing taken. She has received threats and criminalizing accusations in social networks, some of which label her as a “killer.” Darling Munguía has been the target of threats and cyber attacks.

Such attacks, threats and smear campaigns persist against women defenders and their organizations despite the apparent government discourse of “peace and dialogue.” There are also numerous cases of attacks and threats against young students and women defenders herein unnamed for reasons of security.

We, of IM-Defensoras condemn these acts and demand that the government of Nicaragua comply with its obligation to guarantee the safety and security of women defenders and their right to defend rights. We exhort the government to end the repression perpetrated by its security forces and to end the violent actions of paramilitary groups; we hold it responsible for any attack that may occur.

We reiterate our call to the international community to stay on the alert for developments in the grave situation of the infringemet of human rights now experienced in Nicaragua.