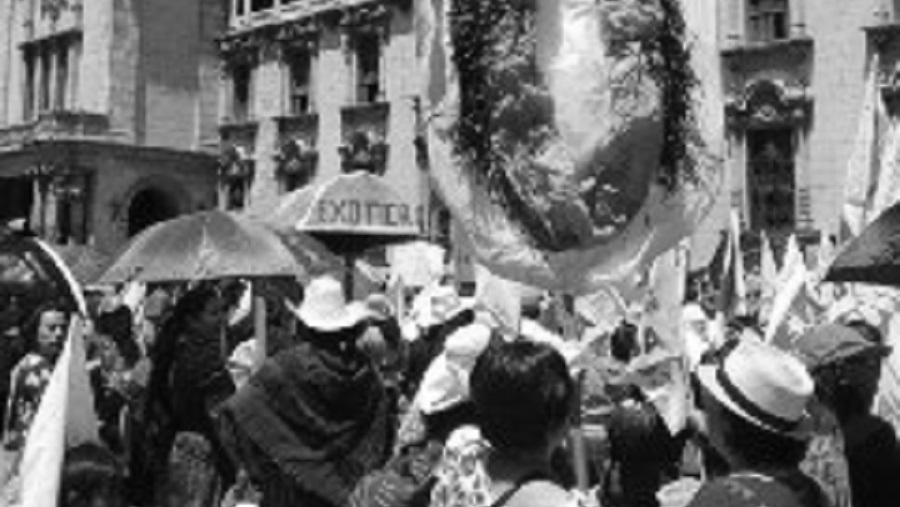 Participants in “the Powerful Vulva” action

Attacks experienced
Violation of the right to freedom of expression; Criminalization.

THE FACTS – Last March 8th, during the commemoration of International Women’s Day, feminist activists presented a performance for the second time entitled “the Powerful Vulva,” in which they exhibited the image of a vulva as they marched. Their aim was to demystify feminine sexuality, denounce violence against women and girls, and oppose fundamentalist tactics utilized to the detriment of women.

In the aftermath of the action, a hate campaign was unleashed, complete with insults, threats, smears and even criminal charges against the participants; the hierarchies of several different churches in the country joined in the attacks.

In the same vein, other power groups took advantage of the presence of the Human Rights Ombudsman, who was participating in the homage to the 41 dead girls and 15 survivors of the fire that broke out in the Home of the Virgin of the Asumption just a year ago, to attack him and foster his removal from office. It is important to remember that the Ombudsman plays a key role in the struggle against corruption and impunity.

We, of IM-Defensoras consider this to be an intolerable state of affairs and a highly serious matter. In addition to violating the right to freedom of expression of women who exercize their right to defend rights, the perpetrators are making them the target of a hate and criminalization campaign that involves a risk to their security. Moreover, the extension of this campaign to the figure of the Human Rights Ombudsman endangers the guarantees for compliance with human rights in the country as a whole.

Accordingly, we demand an immediate end to the hate campaign and criminalizing measures related to “the Powerful Vulva” action, and furthermore, demand guarantees for the freedom of expression and the right to defend rights for all Guatemalans.