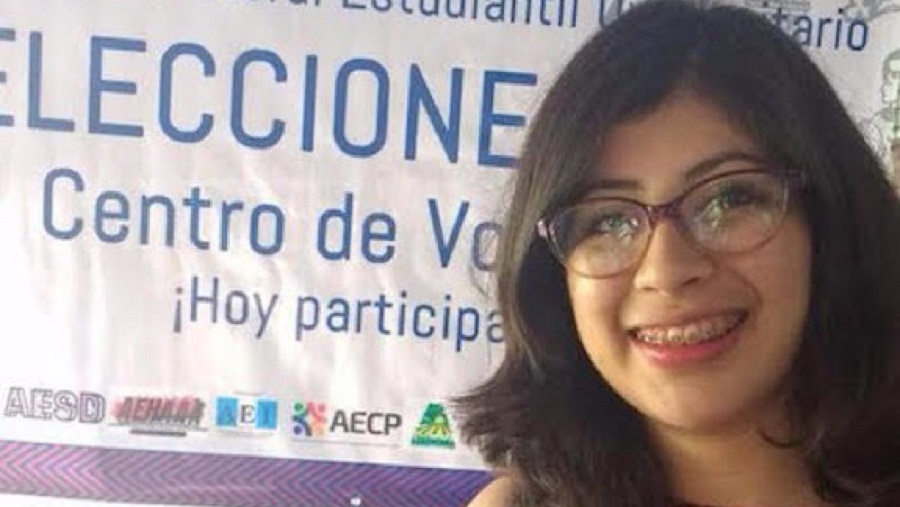 Mesoamerica, March 27, 2018 – The more than a thousand women human rights defenders in El Salvador, Guatemala, Honduras, Mexico and Nicaragua who make up the Mesoamerican Initiative of Women Human Rights Defenders (IM-Defensoras) publicly express our repudiation and concern over the campaign of criminalization and attacks against the University Student Association (AEU) of Guatemala, and particularly its president Lenina García, the first woman to hold this position.

The AEU is engaged in a highly significant labor of denouncing the corruption and impunity that reign in the San Carlos University in Guatemala and in confronting the mafias and power groups that operate there. As a result, the organization has been the object of attacks in recent months that include threats, beatings and smear campaigns, many of which have singled out Lenina García. She has been subjected to recurrent acts of defamation and criminalization that are frequently misogynous in their explicit references to her condition of being a woman.

The intensity of the attacks against the AEU is so great that it has often involved prestigious persons and organizations devoted to the defense of human rights. This was the case in the early morning hours of Friday, March 23rd, when armed, hooded individuals violently broke into the university auditorium to clear out the students who were preparing for the yearly Grievance Strike. During the eviction, the General Coordinator of the Human Rights Defenders Unit of Guatemala (UDEFEGUA) was beaten with a baseball bat, which caused wounds on his head, while the defender Iduvina Hernández, of the Convergence for Human Rights, was verbally attacked.

It is important to note that UDEFEGUA is a model in the defense and promotion of human rights in Guatemala, with widespread international recognition for its fundamental work of registering and denouncing attacks and accompanying human rights defenders who have been targeted. Furthermore, UDEFEGUA is one of six organizations that fostered the emergence of IM-Defensoras in 2010, and now belongs to the Network of Women Human Rights Defenders in Guatemala.

In view of this situation, we, of IM-Defensoras: