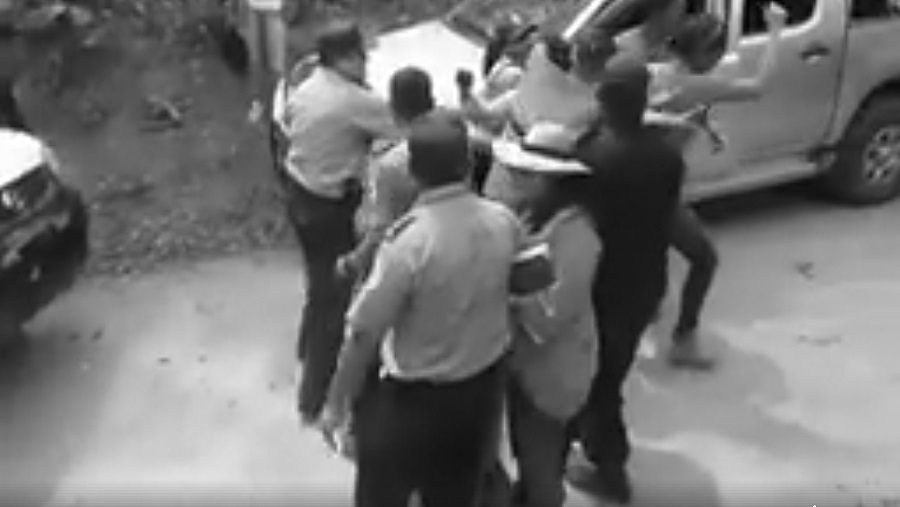 Attacks experienced
Repression of social protest and freedom of movement; Excessive use of force

THE FACTS – On Wednesday, February 21st, a group of territorial defenders were on their way to a National Encampment to commemorate the 84th anniversary of the assassinaton of General Augusto César Sandino, when they were intercepted by agents of the National Police, who proceeded to block their access to the San Albino mine in the Nueva Segovia region. Members of the group included Mónica López Baltodano, Haydee Castillo, Arlen Centeno, Rosario Rugama and Vilma Núñez.

According to the Nicaraguan Initiative of Women Human Rights Defenders, the police action was in line with the governmental policy of stopping citizens from exercising their rights to freedom of movement, freedom to participate in peaceful assemblies and demonstrations, and freedom of expression, all of which has been a systematic pattern during the last ten years of the Daniel Ortega administration. This policy was clearly implemented in the barriers formed by police and anti-riot troops on all access roads, blocking the arrival of movements at the designated meeting point with others on their way from Jalapa, Ciudad Antigua and several communities around San Albino.

In response to the movements’ legitimate demands, the National Police physically attacked defenders Mónica López, Haydee Castillo, Arlen Centeno and Rosario Rugama. As we have denounced several times during the past year, these women have been subjected to acts of persecution and attacks that have targetted them, thereby impairing their personal integrity and placing them at heightened risk.

We of IM-Defensoras condemn these acts and reiterate our concern over the systematic State use of repression, force and deprivation of freedom of movement to keep Nicaraguans from exercising their right to peaceful assembly, mobilization, social protest, and the defense of rights. Specific targets have been women defenders and women’s organizations, who are playing a key role in denouncing government abuses at both national and International levels.