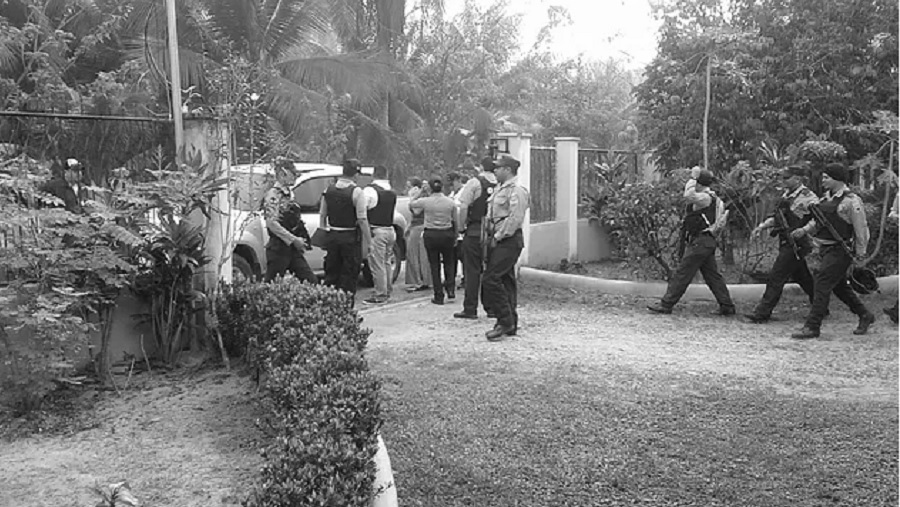 THE FACTS – On the morning of Thursday, February 22nd, agents of the National Police and the Police Investigations Division (DPI) broke into the residence of Aquelina Mejía Guerra and her husband Luis García, who was not present. A few days beforehand he had found it necessary to leave the area due to harassment by DPI agents for his leadership in protests against voter fraude and his defense of the area’s natural resources in conjunction with the Broad Movement for Dignity and Justice (MADJ), to which he belongs.

The agents produced an alleged warrant for search and seizure and after thoroughly searching the house, arrested rights defender Aquelina Mejía on the pretext that they had found two molotov coctails or “homemade fireworks.”

This is one more on a long list of attacks against MADJ leaders, which have intensified as of November 16, 2017; at least ten of these, which vary in type and level of seriousness, have taken place in the context of the voter fraude in Honduras.

We of IM-Defensoras and the National Network for Women Human Rights Defenders in Honduras demand that charges be dropped against Aqeulina Mejía and that she be immediatel released with guarantees for her integrity and security.

And lastly, we call on the international community to stay abreast of the situation in Honduras and the serious risk faced by the MADJ and all defenders working for human rights, social justice and democracy.