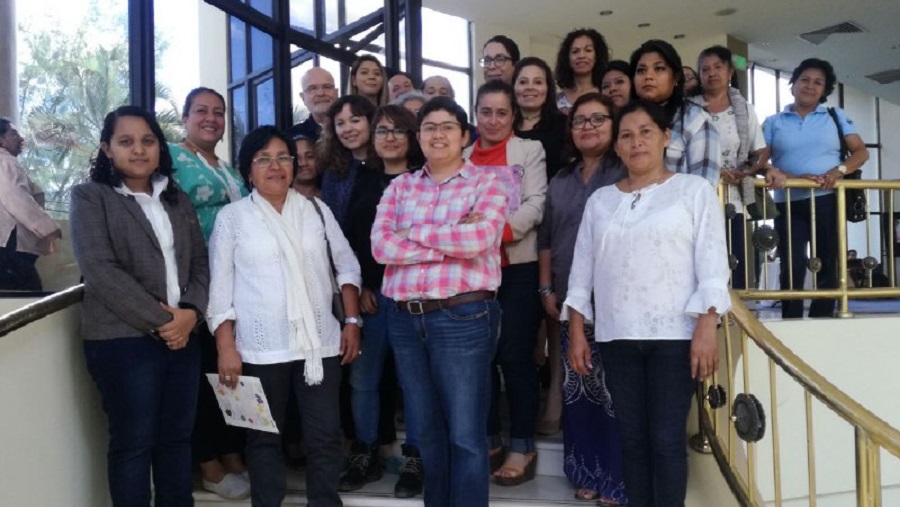 On Thursday, February 8th, the UN Rapporteur on the situation of human rights defenders, Michel Forst, in the course of his official visit to El Salvador, joined our Co-Coordinator Alejandra Burgos; Acting Human Rights Prosecutor, Marcia Aguiluz, of CEJIL; and Alberto Brunori, representative of the UN High Commissioner, in a public forum on the Twentieth Anniversary of the UN Declaration on Human Rights Defenders. During the public event, a Manifesto of the Roundtable on the Right to Defend Human Rights was presented and signed. Roundtable members include the Salvadoran Network of Women Defenders and the Feminist Collective for Local Development, among other organizations. The Manifesto addresses the need for legal frameworks and protection mechanisms for rights defenders. The Rapporteur also made the most of his visit to El Salvador by meeting with human rights defenders. It is important to note that he held an exclusive meeting with women defenders, in which several different members of the Salvadoran Network of Women Human Rights Defenders shared updated information on the specific situation faced by women defenders in the country.