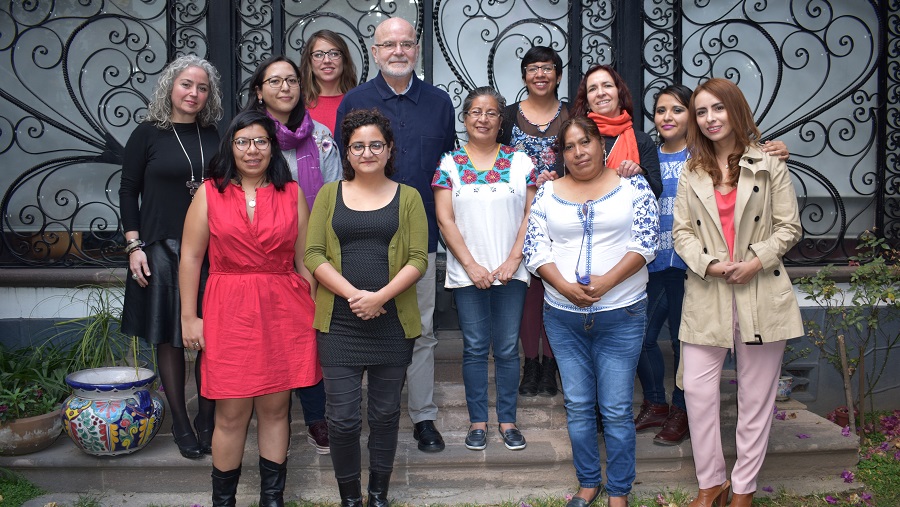 A group of women defenders from Mexico City, Coahuila, Chihuahua, Michoacan, Guerrero, Oaxaca and Mexico State spoke to the Rapporteur about the situation of violence they face due to the nature of their work, as well as their concerns over the escalation of such violence in the context of the upcoming elections.

Rapporteur Forst was responsive, as usual, to the problems raised by the women defenders. He repeated his interest in meeting with them at every opportunity and in lending visibility to the situation explained in each of their reports. Accordingly, he disclosed that in 2019 he plans to prepare a report on the subject of women defenders and said that this issue will be a key element in his Mexico Report, soon to be presented to the UN Human Rights Council. In the same vein, he mentioned that there will be a special emphasis on women defenders in the 2018 celebrations of the Twentieth Anniversary of the UN Declaration on Human Rights Defenders.

Women defenders in Mexico provided Michel Forst with updated figures on the attacks they have experienced during Enrique Peña Nieto’s six-year term of office. These include the murders of 23 women defenders, the most recent being that of Guadalupe Campanur Tapia from the indigenous community of Cheran, Michoacan; and at least 83 arbitrary arrests of women defenders, 15 of which occurred recently in Michoacan during teacher union protests over the lack of salary payment.

In conclusion, RNDDHM members urged the Rapporteur to: