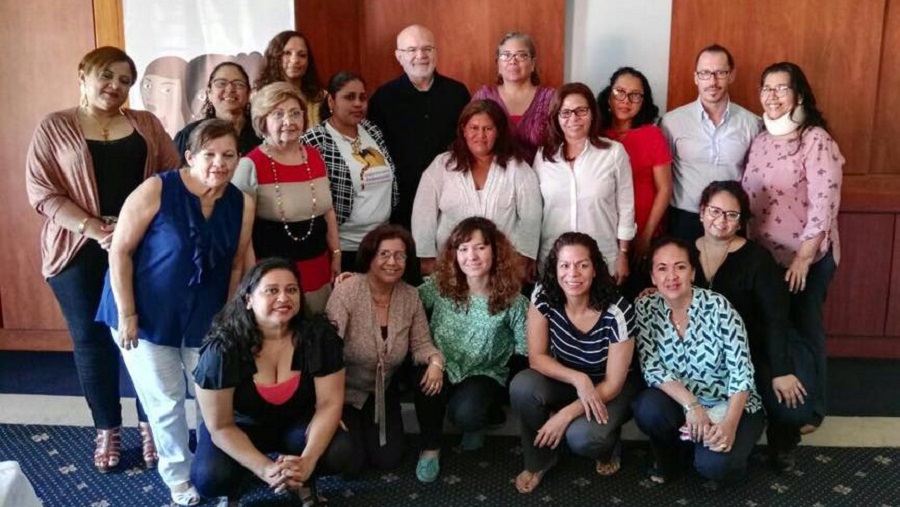 Keynote lecture at the UCA On Friday, February 9th, in the main auditorium of the UCA before an attentive audience of students, human rights defenders and important figures in the civil society, a public forum took place during the visit to Nicaragua by the UN Special Rapporteur on the situation of human rights defenders, Michel Forst. UCA Rector, Father José Alberto Idiáquez S.J., presided over the panel featuring the UN Special Rapporteur on the situation of human rights defenders, Michel Forst, who gave the keynote address; Marcia Aguiluz of the Center for Justice and International Law (CEJIL); Erik Fattorelli of the Office of the UN High Commissioner for Human Rights; Vilma Núñez de Escorcia, President of the Nicaraguan Center for Human Rights (CENIDH); and Juanita Jiménez of IN-Defensoras.

In his lecture, the Rapporteur recognized that “these days the world is dangerous for those who defend human rights,” and made the commitment to insist that the government of Nicaragua allow an official State visit.

On the morning of February 10th, the Rapporteur held a private meeting with members of the Coordinating Committee of IN-Defensoras and some of the women defenders who have suffered direct attacks from the Nicaraguan government and its institutions.

The defenders spoke of the difficulties they face in carrying out their work, as well as those of the overall situation. They also gave the Rapporteur a copy of their report on the “Situation of Human Rights Defenders in Nicaragua” along with systematized information from the recent National Encounter of Women Defenders, in which more than 90 women defenders from all regions of the country participated.

The Rapporteur expressed a particular interest and a true concern over the situations faced by women defenders due to their gender condition, which for some time now has prompted him to prioritize meetings with this sector during all of his trips. He also announced that in 2019, he will prepare a report on the subject of women defenders, which he will present before the UN Human Rights Council or the General Assembly. The Rapporteur and the delegation that accompanied him also held important meetings with the broad women’s movement, indigenous and Afro-descendant peoples, environmentalists, the LGBTI community, the national environmental movement against the mining industry, the campesino movement, and independent journalists, among others.

These sessions created a space for exchanging experiences with defenders who told of the difficulties, obstacles, threats and challenges they face in their work of promoting and defending human rights in the country. They also made it possible to know more about the mandate and functions of the Rapporteur regarding the protection of women human rights defenders.

The greatest expectation among the participants during these events was the attainment of permission for an official State visit from the UN Special Rapporteur on the situation of human rights defenders, Michel Forst. Demands were also raised for support from the United Nations on the urgent development in Nicaragua of a protection mechanism for human rights defenders.