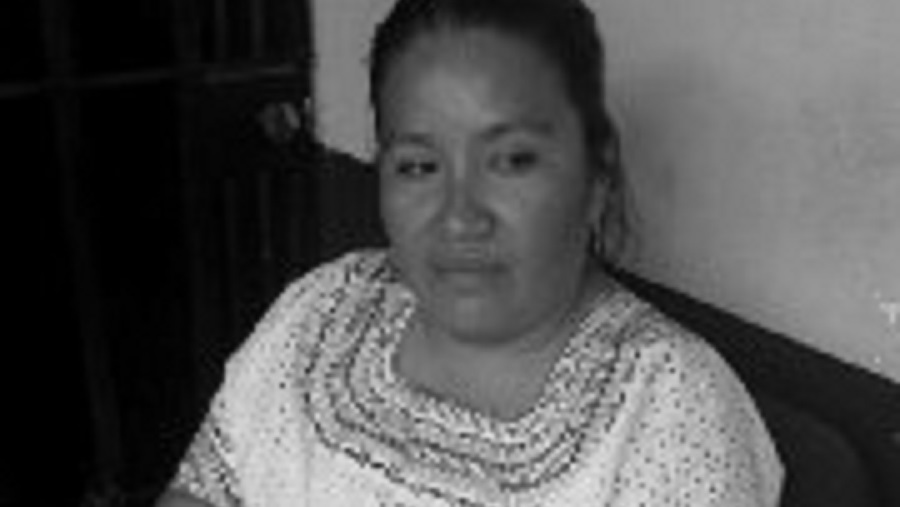 THE FACTS – On the afternoon of January 17th, María Magdalena Cuc Choc suffered an arbitrary arrest in the municipality of Puerto Barrios. María Magalena is a member of a family widely recognized for its struggle in defense of the land. She is the sister of Angélica Choc and Ramiro Choc and the sister-in-law of Adolfo Ich Chaman, who was killed in 2009 by the HudBay Minerals mining company and the Guatemalan Nickel Company (CGN).

Her arrest took place when she was accompanying a community in the municipality of El Estor as a translator into their maternal q’eqchi’language in a legal hearing. After the hearing, she was arrested by police agents as she left a banking agency where she had gone to make a withdrawal, and immediately taken to the local Commissioner’s Office. According to information provided by the National Network ofWomen Human Rights Defenders in Guatemala, she is accused of aggravated usurpation, threats, and illegal detention.

We of IM-Defensoras are concerned about the fact that once again, criminalization may be used against a Guatemalan women rights defender to repress her right to defend human rights. We express our support for and solidarity with María Magdalena Cuc Choc and her family and demand that the State respect their integrity and constitutional guarantees.