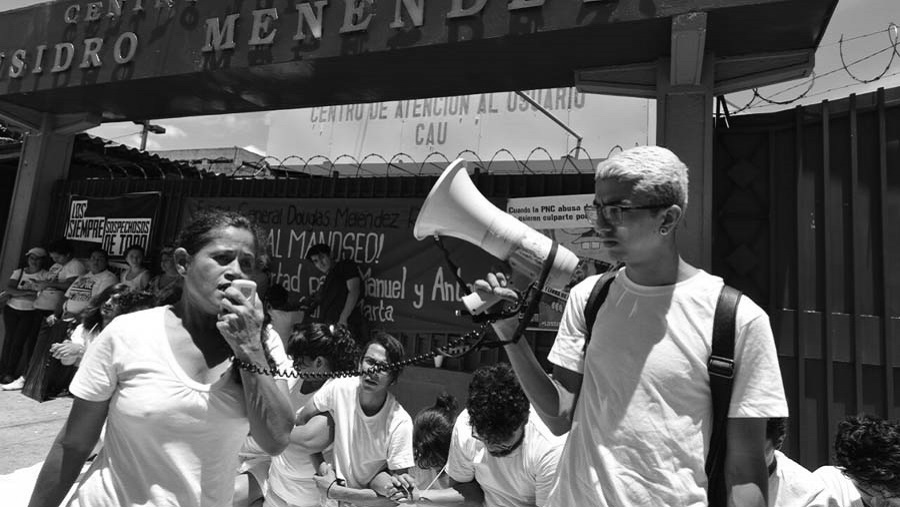 Activity
The right to access to justice, The rights of youth

THE FACTS – Tatiana and Meyra Alemán are, respectively, the sister and mother of Daniel Alemán, a youth who was arrested on January 10, 2017, and accused of “possession of drugs with intent to sell,” by two agents of the National Civilian Police (PNC) who were charged with procedural fraude for allegedly planting the drugs on Aleman in an attempt to bring him to trial.

On January 22, 2018, both police agents were acquitted of the crime they were accused of despite the evidence against them and the fact that the charges for possession and carrying a small quantity of drugs against Daniel Alemán were dismissed by the judge who decided that the evidence presented by the authorities was unlawfully obtained. Daniel Alemán is still being held prisoner and is being prosecuted for the alleged offenses of “extortion” and “belonging to a criminal structure.”

Last November, IM-Defensoras issued an alert in which we demanded that the Office of the Attorney for Human Rights grant protection measures to Tatiana y Meyra, who have sought different forms of support to prove Daniel’s innocence and his right to justice, thereby becoming the voice of “the usual suspects.”

We of IM-Defensoras hereby express our repudiation of the sentence that leaves a serious offence committed by públic servents in impunity and places the women defenders Tatiana and Meyra Alemán at risk. Accordingly, we also demand compliance with the protection measures granted to them by the PDH, security for both women defenders, and respect for their right to defend rights.