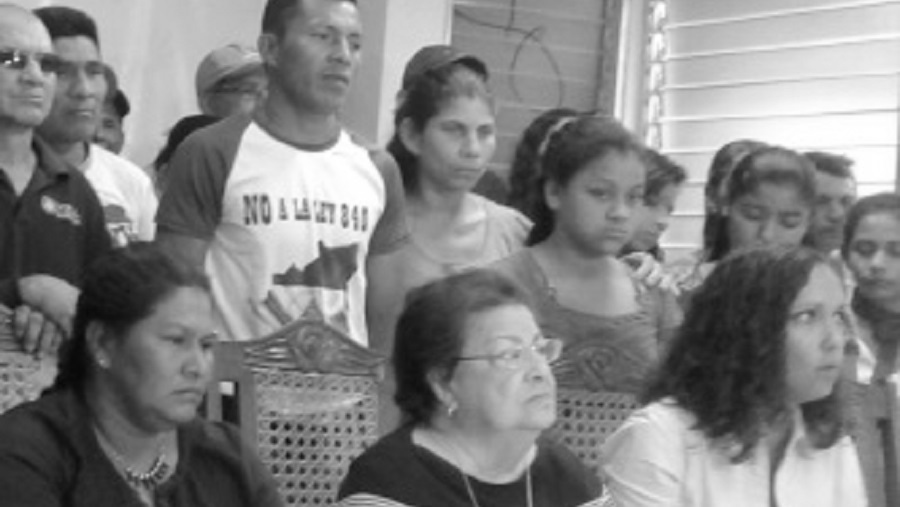 Activity
Territorial defense, Defense of the right to defend rights

THE FACTS – On Monday morning, December 11th, with the mediation of the Nicaraguan Center for Human Rights (CENIDH), women human rights defenders Francisca Ramírez and Mónica López Baltodano publicly denounced the smear campaign to which they have been subjected. Francisca Ramírez is one of the leaders of the Anti-Canal Movement, of which Mónica López is legal advisor. Both are nationally and internationally recognized for their work in territorial defense and in support of the communities resisting the imposition of the Interoceanic Canal.

The defenders charge that the smear campaign has recently worsened. Orchestrated by the government of Nicaragua and its political allies in the territories, it presents the defenders as being “infiltrated” into the campesino movement by the government through the dissemination of defamatory information, disinformation, rumors and false messages, efforts to convince campesino leaders of the alleged infiltration, wiretapping, and acts of surveillance and harassment.

The campaign puts the life and physical integrity of both defenders at serious risk. It should be noted that Francisca Ramírez has been granted precautionary measures by the CIDH, while the petition for the same measures on behalf of Mónica López has been announced by the CENIDH.

We of IM-Defensoras condemn these acts and demand that the government of Nicaragua put an end to the strategy oriented towards undermining the prestige and labor of both defenders, and assure guarantees for their protection and the full exercise of their right to defend rights.

We join in the demand for the CIDH to grant precautionary measures for the benefit of Mónica López and request that the international community stay abreast of the situation.