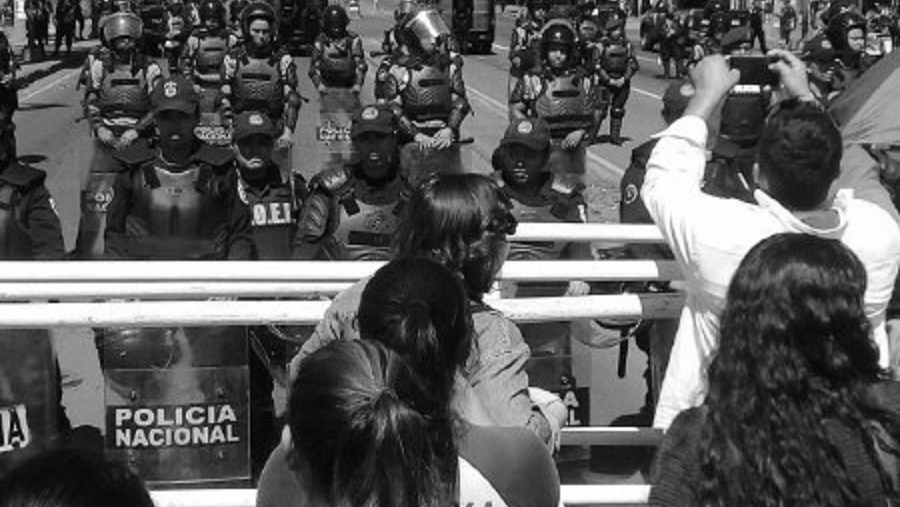 Participants in March to Eliminate Violence against Women

Activity
The right to a life free from violence, Women’s rights

Attack experienced
Repression of the rights to protest, freedom of speech and freedom of movement

THE FACTS – On November 25th, the International Day to Eliminate Violence against Women, the Nicaraguan state security forces stopped groups of women from Chinandega, León, Corinto, Posoltega, Masaya and other parts of the country from arriving in Managua to participate in the national march against macho violence.

According to reports from the Nicaraguan Initiative of Women Defenders, police checkpoints on the highways and riot police blocked the march in Managua, illegally stopping vehicles, detaining buses and forcing them to turn around, identifying riders, and encapsulating demonstrators that did manage to arrive.

It is intolerable that in a context of violence and impunity for crimes against women in the country, the government prevents women from exercising their right to defend rights and dictates inordinate displays of police force, solely aimed at intimidating and inhibiting protest. This is especially outrageous as women all over the world take to the streets on this day to demand an end to misogynous violence.

We of IM-Defensoras condemn this new attack on the right to protest and the rights to freedom of speech and movement of Nicaraguan women defenders, and we reiterate our concern over the systematic harassment of women defenders and organizations who defend the rights of women in the country.