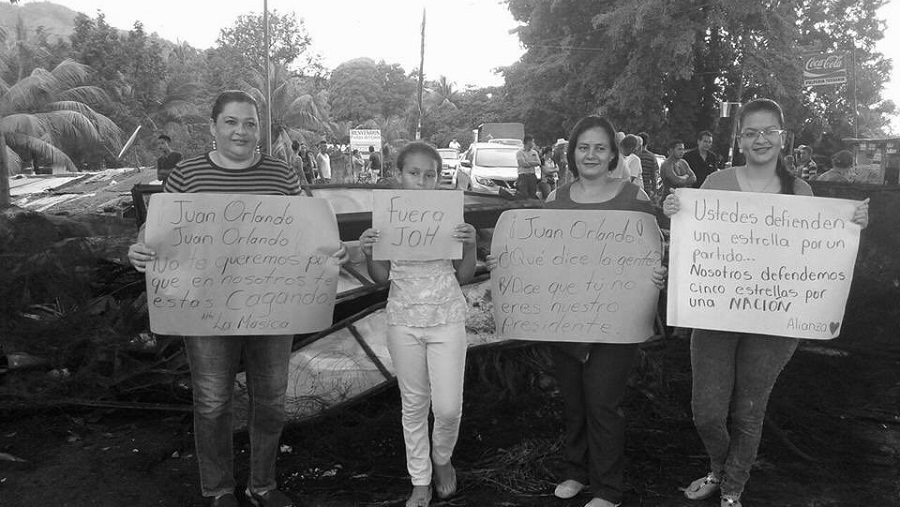 THE FACTS– On the morning of Wednesday, December 6th, military police agents burst into the San Juan Community, La Masica, Atlántida, with the obvious aim of repressing the people protesting against uncertain voting results and possible fraude. The police deployment was backed up by helicopters of the state security forces that hovered over the area, intimidating and threatening the population.

According to information provided by the National Network of Women Human Rights Defenders in Honduras, information has been distributed in the community to warn people that they are “risking their lives”, the clear intention of which is to frighten them and inhibit their protests.

In the face of these acts of intimidation, the threatening attitude of the police, and a background of violent repression including deaths across the country in recent days, demonstrators decided to lift protest encampments and blockades in order to avoid greater harm.

Let’s remember that the country is now under a de facto state of exception, with a curfew declared and constitutional guarantees suspended. The purpose of these measures is to repress the legitimate right of the Honduran people to protest, given the possibility that electoral fraude was committed in the presidential elections last November 26th.

Accordingly, we of IM-Defensoras condemn the use of intimidation and the exploitation of fear to inhibit the legitimate right to social protest. Likewise, we reiterate our demand for the re-establishement of constitutional guarantees in Honduras and respect for security and the right to defend the rights of the Honduran people.