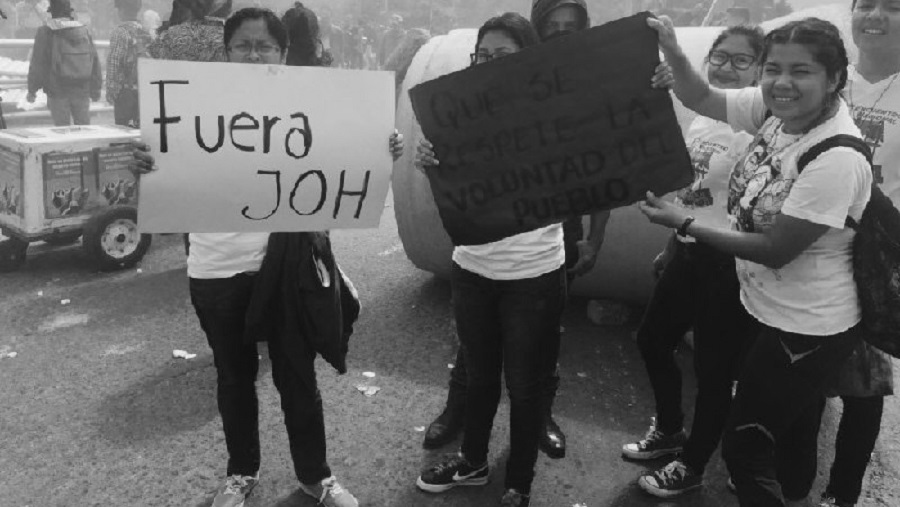 THE FACTS – We of IM-Defensoras express our concern over the potential violence and repression faced by women defenders, their organizations and movements after elections in Honduras.

In view of the uncertainty over results of the vote and the threat of the imposition and validation of the reelection of the currrent president by the Supreme Electoral Tribunal (TSE), the Honduran people are exercising their legitimate right to social protest and vindicating their political rights.

The repressive acts that occurred on November 29th in different demonstrations, added to the history of systematic and repeated repression of social protest by the current government since the 2009 coup, places us in a state of alert over what may happen in the coming hours and days throughout the country.

This situation increases the risk of violence against women and women human rights defenders, who are key actors in the struggles for justice and democracy in the country.

We demand that the government of Honduras respect the will of the people expressed at the polls and ensure transparency in the electoral process. At the same time, we demand guarantees for the security and the rights of all Honduran people to defend their political rights.

Likewise, we call on the international community and all human rights organizations and agencies to stay on the alert and, whenever necessary, exert pressure to ensure respect for the democràtic will of the Honduran people expressed at the polls.