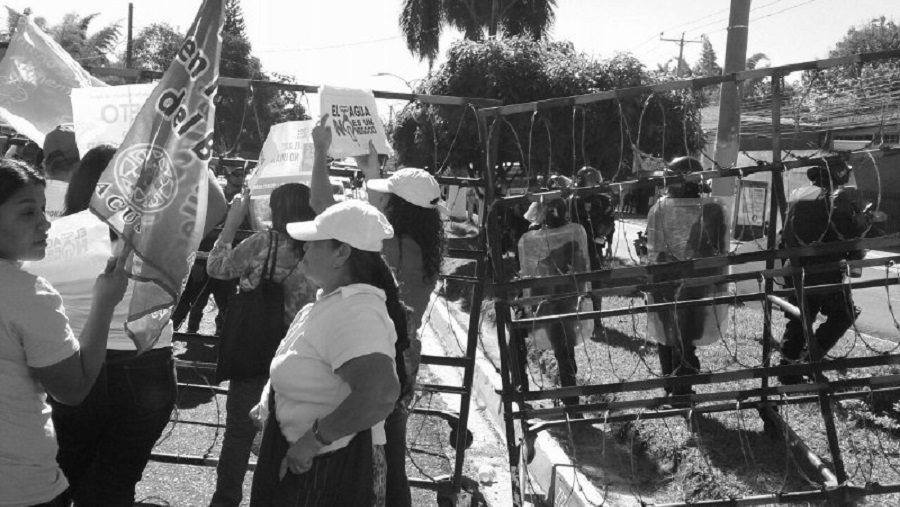 Attack experienced
Repression of the right to protest. Excessive use of force.

THE FACTS – On Wednesday morning, December 20th, the Unit for the Maintenance of Order (UMO) used excessive force to repress mainly women protesters peacefully gathered outside the Presidential Palace to demand that President Salvador Sánchez Cerén veto the reforms to the Public–Private Partnership Law approved last week by the Legislative Assembly.

According to the organizations, networks and coalitions of the people’s movement that convoked the protest (ASGOJU, Water Forum, Roundtable for Progressive Taxation), these reforms have been imposed by the government of the United States as a requisite for disbursing FOMILENIO funds, and imply the privatization of basic public services, such as waste water treatment.

We of IM-Defensoras condemn these acts of repression and demand that the Salvadoran government respect the right to social protest by the Salvadoran people and guarantee the security and integrity of those who exercise this right.

We also urge the President of the country to grant the legitimate demands of the demonstrators and veto reforms aimed at furthering the neoliberal model and aggravating many types of violence inherent therein. It is clear that in a patriarchal context such as the one that characterizes our region, this violence has a special impact on women.