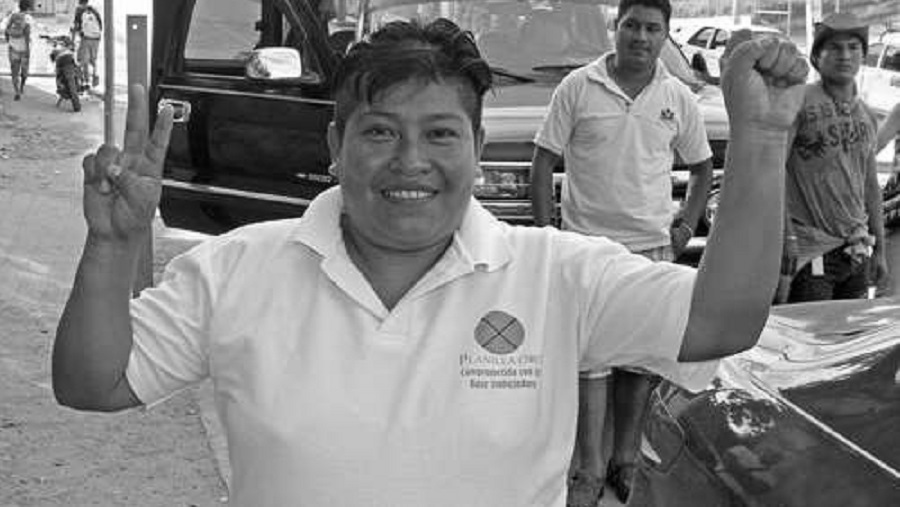 Last October 19th, the National Network of Women Human Rights Defenders in Mexico isssued a statement denouncing ongoing impunity in the murder of the defender of campesino communities, Rocío Mesino, on October 19th, 2013, in Atoyac, Guerrero.

According to the Network, the Attorney General of the state of Guerrero has denied access to justice for Rocío’s famíly and members of the Campesino Organization of the Sierra del Sur (OCSS)1. Far from pursuing the case with all due diligence, he has sought to accuse Rocío of her own assassination by investigating her alleged criminal record (offenses fabricated by the Attorney General in 2013) and supposed ties to a guerrilla group. He has also sought to blame her family and close associates, as when the chauffer of her sister Norma Mesino was tortured to oblige him to confess to being the perpetrator of the crime and to blame Norma for being the mastermind.

Nationally, the most recent killing is that of the defender of the right to work, Meztli Omixóchitl Sarabia Reyna, Secretary of the October 28th People’s Street Vendors Union (UPVA), perpetrated in Puebla last June.3 Impunity reigns in this case, as it does in the case of Rocío Mesino, and in both cases, defenders have observed an official tendency to stigmatize and criminalize the victims for the crimes that robbed them of their dreams and projects in an effort to blur the fact that these were political assassinations related to their defense work.