IM-Defensoras at the Dublin Platform 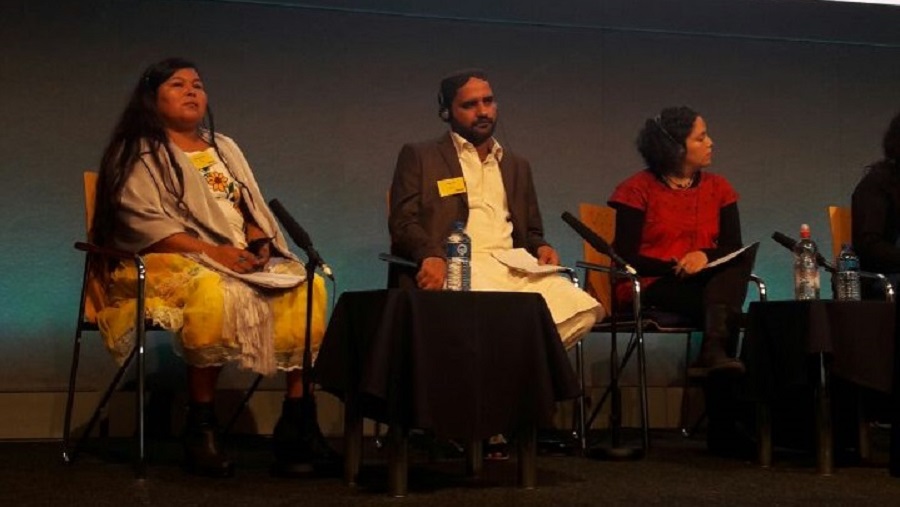 Between October 17th and 19th, a new session of the Dublin Platform was held, organized by Front Line Defenders. Around a hundred rights defenders from all over the world arrived at the Irish capital city to share their testimonies and experiences of struggle, risk, repression and protection with representatives of oficial mechanisms of the United Nations, European Union, and international human rights organizations.

IM-Defensoras and several associated national groupings played an important role. On Thursday, October 19th, our comrade Marusia López, a member of JASS and the IM-Defensoras Commission on International Influence, was in charge of presenting and moderating the dialogue entitled “Rethinking Protection Based on Experiences of Women Human Rights Defenders and Feminism,” which dealt with some of the main elements of feminist protection according to the experiences of IM-Defensoras and the Urgent Action Fund. These included the interchange of protection experiences fostered by women defenders, the analysis of challenges faced by national and international organizations in incorporating this focus, and possible responses to these challenges. On behalf of the Nicaraguan Initiative of Women Defenders (IN-Defensoras), Francisca Ramírez, a leader of the anti-Canal movement in Nicaragua and finalist for last year’s Front Line Defenders Award, shared her history of struggle and spoke of the series of attacks experienced by territorial defenders opposing the imposition of Interoceanic Canal and the authoritarianism of her country’s government. Among those who listened to her were Michel Forst, UN Special Rapporteur on the Situation of Human Rights Defenders; Andrew Gilmour, the UN Assistant Secretary General for Human Rights; and Stavros Lambrinidis, the European Union Special Representative for Human Rights. The National Network of Women Human Rights Defenders in Honduras was represented by Gilda Rivera, Director of the CDM, and Emmy Jiménez Zelaya, defender of the right to education, who has been criminalized several times for exercising her right to social protest. Both spoke on the serious context of repression and misogyny now faced by women defenders in Honduras.