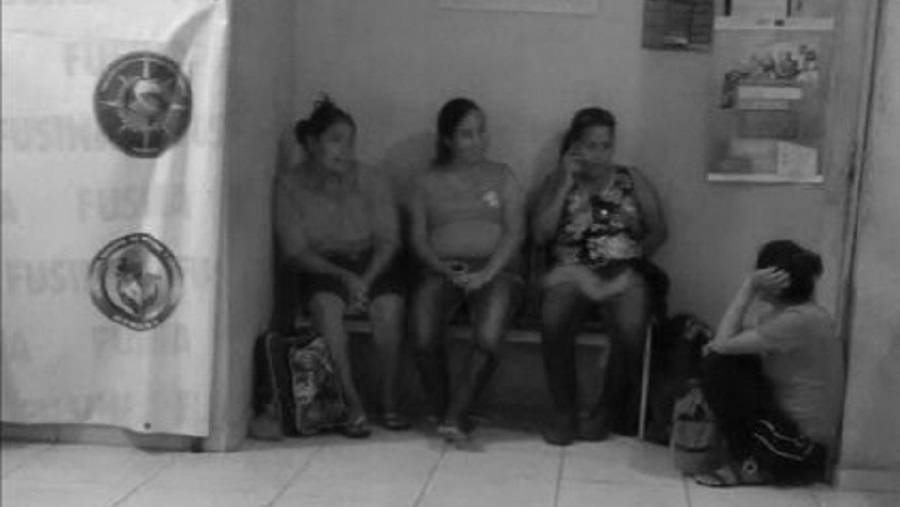 THE FACTS – At around 11 am on Monday, October 23rd, anti-riot police and members of the Honduran Army began a violent evacuation of campesinas and campesinos organized in the New Ebenezer Campesino Associative Enterprise, who are excersizing their legitimate right to access to the lands of the Remolino estate in the Colón administrative division.

According to information provided by New Ebenezer members, security forces used tear gas and bullets against more than 120 persons who were on the land, where they had set up camp once again on October 22nd.

Even though the New Ebenezer campesinas have a document proving land ownership, they are being exploited by the landholder Reinaldo Canales through La Ceibeña Investments.

As a result of the violent evacuation, 6 women defenders were arrested: Sindy Ramos, Vilma Rosa, Deysi Rosa, Elsy Rosa, Kenia Rosa and Raquel Méndez, along with their male companions; they are accused of the offenses of usurpation, robbery and aggravated arson.

We of IM-Defensoras condemn this new act of repression, the excessive use of force, and the arbitrary arrests perpetrated by the State against territorial defenders in Honduras. We demand the immediate release of all people arrested, as well as safety guarantees for them and the rest of the members of the New Ebenezer Campesino Associative Enterprise.

And lastly, we call on all international organizations and agencies to stay abreast of the case.