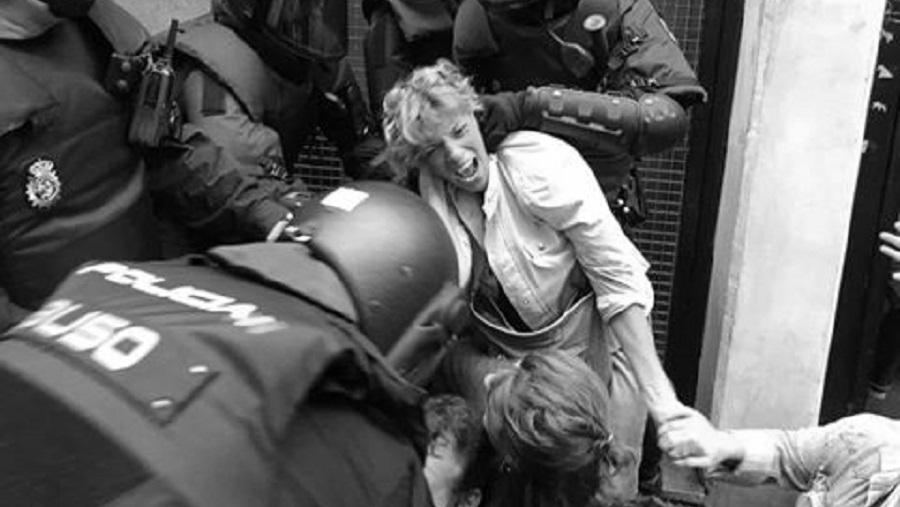 Activity:
Defense of the people’s right to self-determination, democracy and freedom of expression

Attack experienced:
Excessive use of force, attack on freedom of expression

THE FACTS – On Sunday, October 1st, the autonomous government of the Catalan people called for a referendum to exercise the right to self-determination. The Spanish State has systematically denied any chance of dialogue and negotiation regarding the guarantee of consensual referendum, which has been defended by large Catalan social organizations, such as Omnium Cultural and the National Assembly of Catalonia (ANC).

Security forces brought in from different places in the Spanish State are violating the fundamental rights and democràtic liberites of the Catalans. They have used indiscriminate and excessive force against men, women, elderly people and children who gathered peacefully in the early morning hours at the designated polling stations. The police illegally carried away ballot boxes, wreaking havoc in públic institutions such as schools and sports centers.

This is the latest in a series of repressive attacks on freedom of expression that began two weeks ago with the cancellation of web pages, surveillance of mail​, ​confiscation of referendum papers from print shops, arbitrary arrests of oficials of the autonomous government and IT professionals, and the blocking of the bank accounts of the Generalitat​, among other arbitrary and illegal actions.

The actions of the Spanish State, in addition to flagrantly violating its own legal framework and the constitutional guarantees of its citizens, infringes upon human rights treaties signed by the Spanish State, as noted by several different Special Rapporteurs of the United Nations.

We of IM-defensoras condemn these serious human rights violations that jeopardize the right to defend the rights of the Catalan population, and the rights to physical integrity, freedom of expression and freedom to protest, among many others. As women human rights defenders we express our solidarity with all the women and all women defenders of Catalonia.