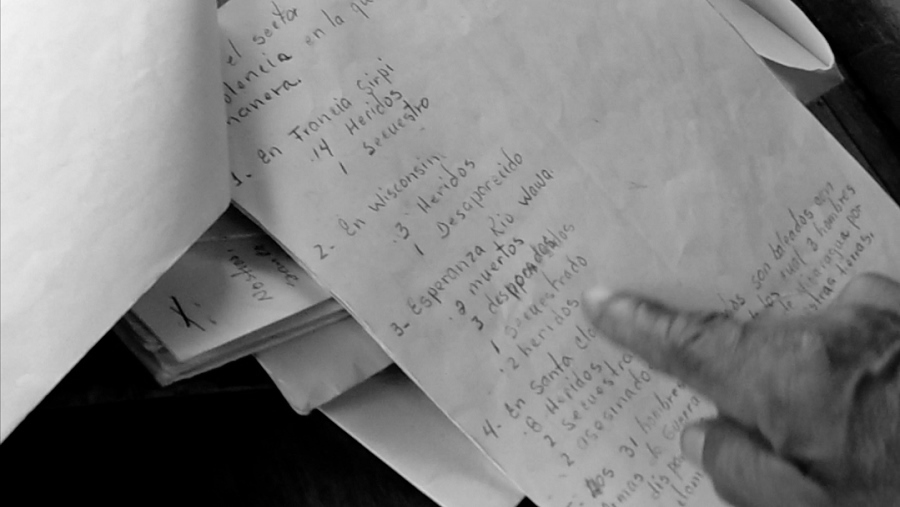 THE FACTS – Around 6:30 pm on Friday September 8th, the community judge Celedonia Zalazar Point was killed along with her husband, Tito José González Bendles, at home in the Tungla community in the Prinzu Awala territory of the Prinzapolka municipality. They had apparently received a warning from an unknown person the day before.

According to the Center for Justice and Human Rights on the Atlantic Coast of Nicaragua (CEJUDHCAN), Celedonia Zalazar was a substitute judge in indigenous territory, possibly shot and killed in a conflict between settlers and indigenous people over territorial property.

Celedonia Zalazar is the second defender of indigenous territory killed on the Caribbean Coast. The first was Bernicia Dixon Peranta, also murdered along with her family, in November, 2016. It is estimated that up until now, the land conflict in the Northern Caribbean territory has resulted in 50 deaths, 3 forced disappearances, 80 persons wounded and hundreds displaced, all in a context of total impunity and omission by the Nicaraguan government.

We of IM-Defensoras lament and repudiate this crime that involves systematic discrimination against indigenous persons in the criminal justice system, often expressed in the failure of the State to investigate cases in which they are the victims. We demand that the Nicaraguan authorities conduct an effective, expeditious investigation, free of prejudice, to see that justice is done and that impunity does not prevail.

And lastly, we call on all international human rights organizations and agencies to be watchful of the dire situation faced by indigenous communities on the Caribbean Coast.