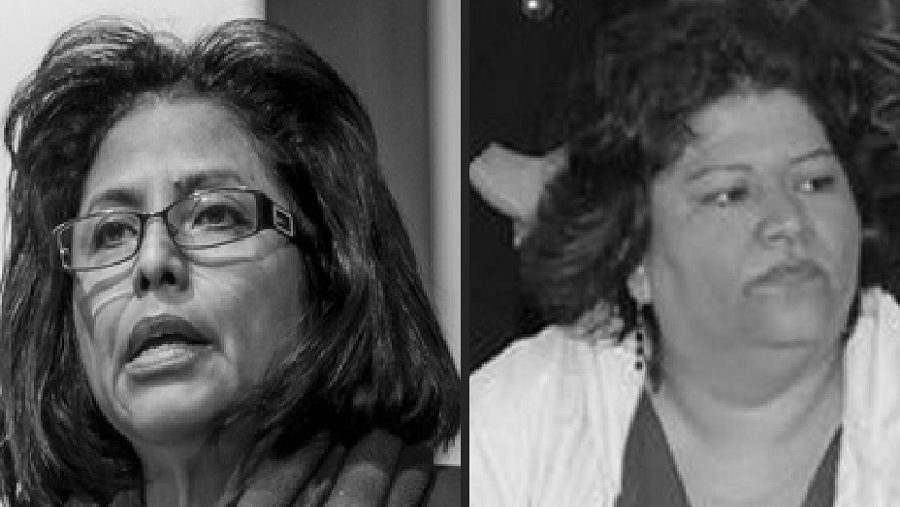 THE FACTS – Hedme Castro (ACI-Participa) and Tommy Morales (ASOPODEHU) were targets of attacks, arbitrary arrest and criminalization when they were were trying to accompany UNAH students repressed by security forces and see that their rights were respected. The aggression took place in the framework of the violent evacuation of UNAH students denounced in our #AlertaDefensoras el 8 de septiembre.

On that day, the defenders went to the university on a bus arranged by the National Human Rights Commissioner (CONADEH) to rescue seven students who were in hiding for fear of being arrested. They were threatened by police agents, who intercepted the bus with a tow truck, raising and lowering it and then flooding it with teargas as they obliged the handcuffed students and defenders to get off. All of this took place in the presence of journalists, who were documenting the facts.

As a result, Tommy Morales, who suffers from asma, had to be hospitalized. With the arrests of Tommy, Hedme Castro and two male comrades, the total number of people detained in the process comes to 26. The four defenders were granted temporary measures alternative to pre-trial detention.

We find it alarming that UNAH authorities have declared a “state of siege” on university premises and that they are urging the revocation of alternative measures for the students and their defenders. It is clear that they seek their imprisonment as a way of inhibiting protest.

We of IM-Defensoras condemn this new act of violence and repression, and we specifically repudiate the serious attack against the comrades who are accompanying the students and defending their rights. It exposes the unwillingness of the government of Honduras and the university authorities to respect human rights and comply with their obligation to guarantee the work and security of those who defend them.

We also call on the international community to express its rejection of this aggression and stay on the alert for developments in the situation.