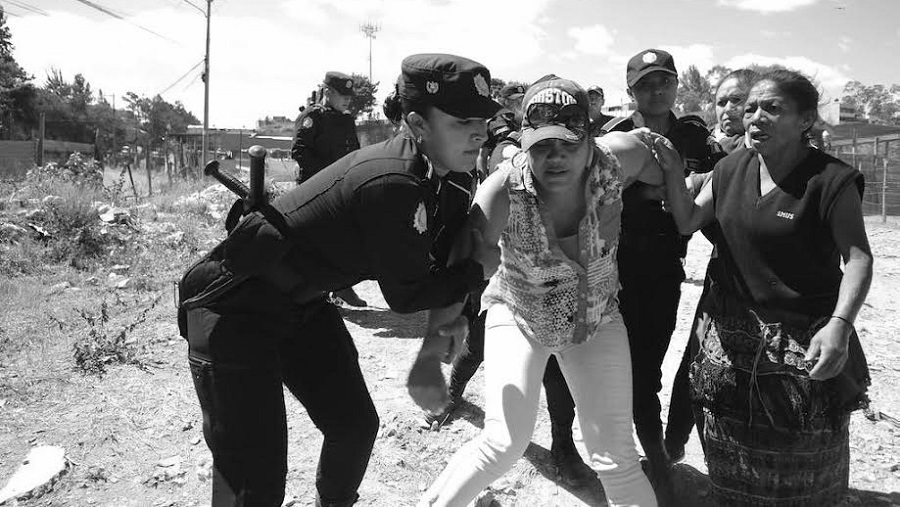 THE FACTS – As we stated in our #WHRDAlert on March 5, 2017, Aura Margarita Valenzuela, Mariela Alvarez Sucup, and Maria Magdalena Zarat Cuzán were the targets of arbitrary arrest on March 3rd, and subjected to the excessive use of force and criminalization while they were supporting a group of famílies threatened with eviction from the “Brisas del Mirador” settlement.

The defenders went to the Public Prosecutor’s Office and explained to the authorities that a pending administrative procedure existed which would grant the famílies an adequate terrain on which to live, thus giving them enough time to remove their belongings.

Nevertheless, the Public Prosecutor, in an act that stigmatized their work, instructed National Civil Police agents to proceed with the eviction. With the use of excessive force involving blows that Margarita Valenzuela received on her body, the agents captured the defenders and took them to criminal court, where in their First Instance hearing, they were charged with the offenses of aggravated usurpation and resisting arrest.

Despite the request made at the time by IM-Defensoras to end the judicial prosecution of the defenders, and despite the fact that the investigation carried out by the Public Prosecutor was insufficient, last September 5th and 6th, the proceedings reached the intermediate stage in which the judge decided to send them to trial.

We of IM-Defensoras reiterate our demand that the government of Guatemala put an end to the prosecution of the defenders and cease to use criminalization as a instrument to sanction and inhibit work in defense of human rights, especially that carried on by women defenders who suffer from such proceedings in particular ways that often have a negative affect on their famílies.